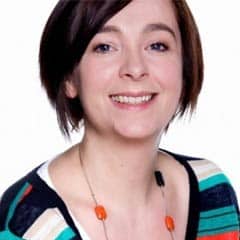 The Royal Court theatre has announced its August 2015 til January 2016 Autumn season.

Vicki Featherstone said “From the return of Martin McDonagh to theatre with a hilarious and dark new play, to Mia Chung’s play about North Korean sisters fleeing the regime, this autumn is a season which purely encompasses all that the Royal Court is about. Whether from the more experienced writer or the brand new, like Cordelia Lynn and Nicola Wilson, this is the very best in fearless and excoriating writing for theatre. These plays start a conversation which probe and provoke, asking questions of our time and ourselves.
Created and programmed in an environment which fiercely supports the writer to be individual and questioning, these six plays are dynamic, incredibly theatrically and stylistically varied. Yet all in some way deal with transgression – of crossing a line, of a non-acceptance of who we are or what we are forced to become.
I am particularly proud to announce our first ever relaxed performance for adults for Linda – Penelope Skinner’s extraordinary new play about a 55 year old woman and her fight to remain visible in her world. I’m delighted too to develop our relationship in our Beyond the Court programme with a thrilling series of summer events led by some of our most exciting artists and communities in Tottenham. I am also excited to welcome the TEAM to the Royal Court for the first time with RooseElvis – a brilliantly performed and devised piece about gender, boundaries and dreaming to be other.”

First-time Royal Court playwright Cordelia Lynn teams up with director Jude Christian to bring this urgent and poetic story based on true life events in Albania.

STORY
“As for what came next, things unspoken and untold until now, it happened like this…”
In the beginning was the mattress.
Gradually, other little changes – more bolts on the front door; the gun; the locked cupboard.
And she knew in her heart that change was bad.
The story of a young girl trapped in an increasingly tiny world.
“Thank you for your interest in Lela & Co. Please feel free to take a feedback form on your way out…”
Lela & Co by Cordelia Lynn , Directed by Jude Christian, design by Ana Inés Jabares Pita, lighting by Oliver Fenwick and sound by David McSeveney. Conceived and Developed by Desara Bosnja and 1989 Productions.

Martin McDonagh returns to the Royal Court with his first UK play in over ten years. directed by Matthew Dunster, Hangman is designed by Anna Fleischle, with lighting by Joshua Carr and sound by Ian Dickinson.

STORY
‘I’m just as good as bloody Pierrepoint’
In his small pub in Oldham, Harry is something of a local celebrity. But what’s the second-best hangman in England to do on the day they’ve abolished hanging? Amongst the cub reporters and sycophantic pub regulars dying to hear Harry’s reaction to the news, a peculiar stranger lurks, with a very different motive for his visit.
‘Don’t worry. I may have my quirks but I’m not an animal. Or am I? One for the courts to discuss.’

Nicola Wilson’s Royal Court debut Plaques and Tangles explores one woman’s life with early onset Alzheimer’s. Directed Lucy Morrison with design by Andrew D. Edwards and lighting by Anna Watson
STORY
“I do not accept there is anything wrong with me”
Days before her wedding Megan discovers she has a 50-50 chance of developing early onset Alzheimer’s. Years later she’s offered a genetic test. But if she’s got the gene does she really want to know?
Megan, 21. Megan, 47. Megan, 32. Megan, 27.
One woman lurches through time on a wild memory trip while her young family deal with the consequences.
“I can’t think. But I still feel. And most of the time I feel scared. Scared because it’s too soon. I haven’t finished yet.”

RoosevElvis
Playing from 21 October 2015 until 14 November 2015 in the Jerwood Theatre Upstairs.

The TEAM is a Brooklyn-based ensemble dedicated to creating new work about the experience of living in America today.
Once described as “Gertrude Stein meets MTV,” the TEAM’s work crashes American history and mythology into modern stories to illuminate the current moment. The company combines aggressive athleticism with emotional performances and intellectual rigor, keeping the brain, eyes and heart of the audience constantly stimulated.

STORY
On a hallucinatory road trip from the Badlands to Graceland, the spirits of Elvis Presley and Theodore Roosevelt battle over the soul of Ann, a painfully shy meat-processing plant worker, and what kind of man or woman Ann should become. Set against the boundless blue skies of the Great Plains and endless American highway, RoosevElvis is a new work about gender, appetite, and the multitudes we contain.

STORY
“I’m an award-winning business woman. I’m happily married with two beautiful daughters and I still fit in the same size ten dress suit I did fifteen years ago. What could possibly threaten me?”
Linda Wilde has dedicated her life to changing the world. She’s won awards for her efforts, at the same time as working hard to become an inspiring mother, and an independent, loving wife.
Now, at 55, she seems to have it all. But Linda isn’t satisfied. She’s a woman in her prime and she’s embarking on her most ambitious plan to date. Beneath the surface, the cracks are starting to show.
“Old for a woman means worthless. Invisible. Of course we’re terrified. You tell us we peak at sixteen and it’s downhill all the way from there. Well I haven’t worked this hard to be pushed aside at the last hurdle. I refuse to be silenced. I will not disappear. I am Linda Wilde. And I’m still here!”

STORY
Trees don’t have ears. How are you so sure?
As they attempt to flee the Best Nation in the World, North Korean sisters Minhee and Junhee are torn apart at the border. Each must race across time and space to be together again – navigating the perilous Land of the Free and the treacherous terrain of personal belief.
Food has learned to sprint. Money is so fast it doesn’t wait to be printed. Gossip travels swifter than germs. 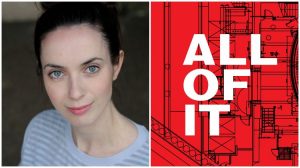 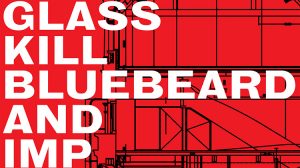 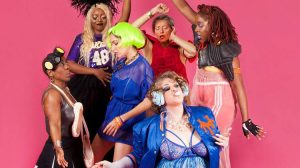 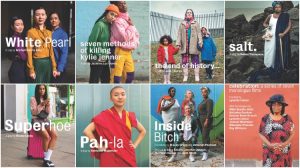