Carrie: The Musical finally makes her London debut at the Southwark Playhouse.

Twenty seven years after first wreaking havoc, the worlds most talked about Broadway musical comes to London.  Newly reworked and fully re-imagined, Carrie: The Musical will receive’s its London Premiere at Southwark Playhouse from 1 May 2015 until 30 May 2015.

Based on Stephen King’s bestselling novel, the musical of Carrie hasn’t been seen since the original legendary RSC production; Premiering in Stratford-upon-Avon in 1988 it transferred straight to Broadway never making it to London.

In 2012, its score and book were revised by original composer Michael Gore, lyricist Dean Pitchford and librettist Lawrence D. Cohen transforming Stephen King’s unlikely Cinderella story into an infectiously modern musical that has gripped audiences from Australia to America.

A taunted and terrified seventeen-year-old misfit, Carrie White has a burning secret… a secret that will eventually ignite her revenge. Make your date for the Senior Prom to see who will be crowned Queen, and who will have blood on their hands. After one night with Carrie you will always remember her name.

Evelyn Hoskins played Thea in the original cast of Spring Awakening at the Lyric Theatre and in the West End, with other theatre credits including Christmas with the Stars (Royal Albert Hall), Cool Rider (Lyric Theatre), This is My Family (Sheffield Crucible) and The Secret Garden (Birmingham Rep). Television credits include the reoccurring roles Lucy in Misfits (E4) and Shona in Casualty (BBC).

Kim Criswell is an Olivier Award-nominated actress whose career spans 4 decades and both sides of the Atlantic. In America, Kim featured in the original Broadway casts of The First, Nine, Baby and The Threepenny Opera, as well as playing Grizabella in the original LA cast of Cats. In the UK, Kim’s many theatre credits include Singin’ In The Rain in Concert (Royal Festival Hall), Follies (London Palladium), Company (Hackney Empire), On The Town (Royal Festival Hall) and her Olivier-nominated performance in the title role in Annie Get Your Gun (Prince of Wales Theatre).

Carrie: The Musical is directed by Gary Lloyd, with music by Michael Gore, lyrics by Dean Pitchford and book by Lawrence D. Cohen.

Performance dates
Booking to 30 May 2015

News about Carrie: The Musical
More > 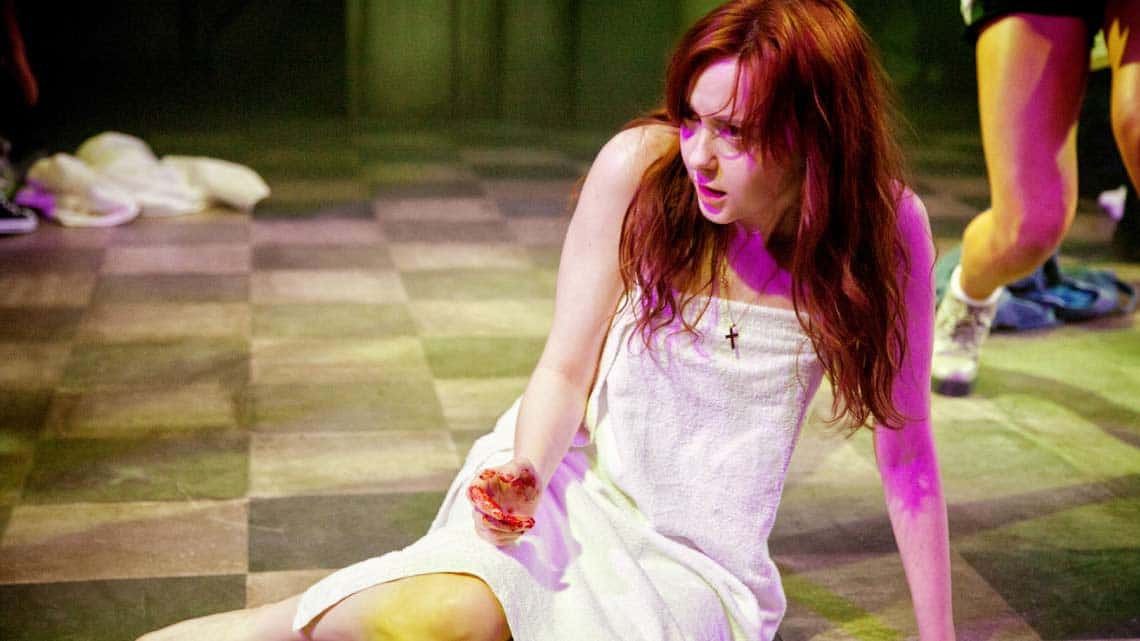 Carrie The Musical at Southwark Playhouse