Vicky Featherstone, Artistic Director of the Royal Court announces the Spring 2015 season.  Featherstone said; “The plays in this season seem to be all about society – the big themes of how we live together as a community in an ordered way with shared laws, morals and desires and the challenges that brings.  The work over the next few months continues our commitment to make questioning and challenging theatre, with the writers giving us insight into the world around us in morally complex and innovative ways.”

“A phrase we used to use: it is the best gift the British people have given to themselves. Because it is. No one else has done this.” The NHS belongs to us. In the run-up to the 2015 General Election the NHS is emerging as the key issue in the party political agenda. The Royal Court is responding to that public passion and debate by staging Michael Wynne’s new verbatim play Who Cares.
Over the past 18 months Michael Wynne has interviewed nurses, doctors, paramedics, historians, policy makers and politicians up and down the country, gathering an unrivalled collection of verbatim testimonies from those connected to every aspect of the NHS. Taking over the Jerwood Theatre Upstairs as well as hidden spaces around the building, this journeying performance will give voice to the unheard perspectives on the past, present and possible future of our NHS. In a promenade performance audiences will be led around intimate spaces by a cast of professional actors. This is a standing, promenade performance. If you are unable to stand or have access requirements please speak to a member of Box Office when booking on 020 7565 5000.
Debbie Hannan, Lucy Morrison and Hamish Pirie will each direct parts of the production. Design will be by Andrew D Edwards, lighting design by Natasha Chivers and sound design by Daniel Krass. The cast includes Philip Arditti, Robert Bathurst, Elizabeth Berrington, Paul Hickey, Martina Laird, Nathaniel Martello-White and Eileen O’Brien.

“Fuck your sympathy and keep it with your sorrys.” A crime has been committed.  The victim has a choice to make. The criminal is waiting. A shattering new play about an unspeakable decision. debbie tucker green returns to the Royal Court to direct her new play hang.  The cast includes Marianne Jean-Baptiste who makes her Royal Court debut and Claire Rushbrook. hang is designed by Jon Bausor, with lighting design by Tim Mitchell, music composition by Luke Sutherland, sound design by Christopher Shutt and movement by Polly Bennett.

“People know, you’re my boy. And they know better than to lay a fucking finger on you. See? You are safer here with me, than you have ever been.” Liam’s 17 years old, loves Dr Who and has lost his mum. He has had to move from London to Wales, to the valleys, to the middle of nowhere, to live with a dad he doesn’t know. Whose nickname isn’t Violence for nothing.
Gary Owen’s intimate new play is about what parents pass on and trying to do the right thing. The production is designed by Cai Dyfan with lighting design by Lizzie Powell. Welsh playwright Gary Owen makes his Royal Court debut with Violence and Son.

Royal Court: UK Tour Constellations
by Nick Payne directed by Michael Longhurst
Following sold-out runs at the Royal Court Theatre, in the West End and on Broadway, the award winning Constellations tours the UK in Spring 2015. Quantum multiverse theory, love and honey. Constellations is an explosive play about free will and friendship from one of the leading voices in UK theatre, Nick Payne. Sparked by the first encounter of bee-keeping Roland and scientist Marianne, the boundless potential of their connection leads us through a heart-breaking love story of endless invention. The production is designed by Tom Scutt with lighting design by Lee Curran. The composer is Simon Slater, sound design is by David McSeveney and movement by Lucy Cullingford. 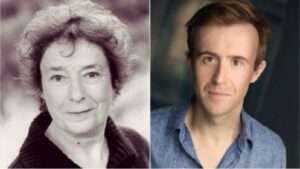 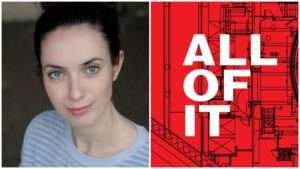 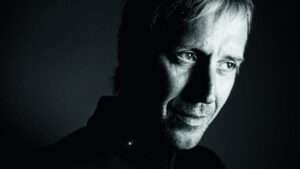 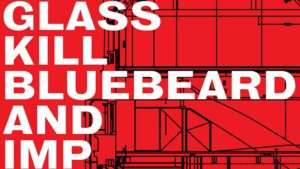 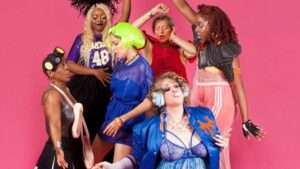