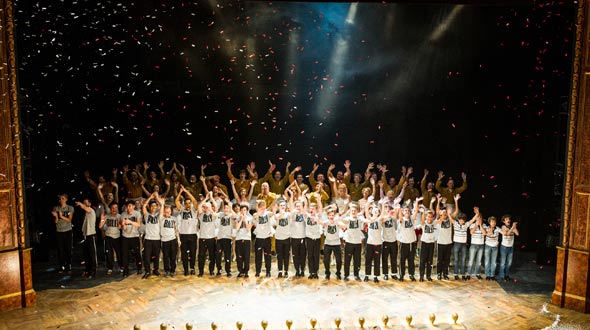 Following the hugely successful live cinema broadcast of Billy Elliot the Musical on Sunday 28 September 2014 from the Victoria Palace Theatre, a DVD of the broadcast is to be released.

In addition, a number of repeat Encore screenings of the show will take place next month.

The DVD of Billy Elliot Live will be released on 24 November 2014.

The spectacular finale of the Live show last night saw 25 former and current Billy Elliots perform on the Victoria Palace stage together.

The show was broadcast live to eight countries, and the Encore screening will see nine further countries included, plus 350 cinemas in the UK will broadcast the show between 2 and 5 October 2014.

Directed by Stephen Daldry with choreography by Peter Darling, Billy Elliot The Musical features music by Elton John, has a book and lyrics by Lee Hall, who wrote the original screenplay for the hit British movie.

Book tickets to Billy Elliot at the Victoria Palace Theatre 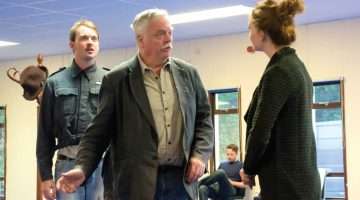