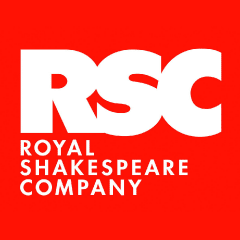 The RSC has launched its next Summer season for 2015, with major productions including Death of a Salesman starring Antony Sher, Polly Findlay directing The Merchant of Venice and Trevor Nunn directing Henry Goodman in Volpone.

Death of a Salesman in the Royal Shakespeare Theatre will kick off the season, celebrating the centenary of Arthur Miller’s birth and starring Antony Sher as Willy Loman and Alex Hassell as Biff, directed by Artistic Director, Gregory Doran.

A Venice season during the summer will pair The Merchant of Venice, directed by Polly Findlay, and Othello, directed by Iqbal Khan and starring Hugh Quarshie as Othello and Lucian Msamati Iago in the Royal Shakespeare Theatre.

Three contemporary takes on classic plays will be performed in the Swan Theatre including Trevor Nunn directing Henry Goodman in Volpone by Ben Jonson, Justin Audibert directing The Jew of Malta by Christopher Marlowe and Matthew Dunster directing Love’s Sacrifice by John Ford.

Also the RSC will produce A Midsummer Night’s Dream: A Play for the Nation, working with 13 UK partner theatres, amateur theatre-makers and schoolchildren on a national tour to mark the 400th anniversary of Shakespeare’s death in 2016.

Death of a Salesman
by Arthur Miller, directed by Gregory Doran, with Antony Sher as Willy Loman
26 March – 2 May 2015

The Merchant of Venice
by William Shakespeare, directed by Polly Findlay
14 May – 2 September 2015

Othello
by William Shakespeare, directed by Iqbal Khan, with Hugh Quarshie in the title role and Lucian Msamati as Iago
4 June – 28 August 2015

The Jew of Malta
by Christopher Marlowe, directed by Justin Audibert
18 March – 8 September 2015