A new musical based on the life of Dusty Springfield is slated to be heading into the West End in 2015.

Comedian, playwright and presenter Sandi Toksvig has written a script for the musical, commissioned by Vicki Wickham, who used to manage Dusty, and West End impressario David Ian (The Bodyguard, Cats).

Rumours of the musical have been circulating for some time but it appears that the show is inching closer to a West End run.

Chichester artistic director Jonathan Church will direct the show, and oversee a reading/workshop in the Autumn. There has been no announcements in terms of director or casting, although the hunt is on for someone who can play Dusty.

The show will track the hugely successful singer’s rise to fame, from her days performing under her real name of Mary O’Brien, through to her incredible chart success with songs such as Son of a Preacher Man, I Only Want To Be With You and Wishin’ And Hopin’, until her death in 1999.

Vicki told the Daily Mail last month that there have been a lot of “really bad” shows and scripts associated with Dusty, and her aim is to create a show that is actually something about the woman as well as the music.

We assume that Sandi Toksvig, who came out in 1994 and is in a civial partnership with Debbie Toksvig,  will not shy away from tackling Dusty’s actual life story, including her long relationship with actress Teda Bracci.

Recent Dusty shows include Forever Dusty, featuring her life story and songs from her catalogue, which was written by Jonathan Vankin and Kirsten Holly Smith – who also played Dusty – and ran Off Broadway from 2012 to 2013. 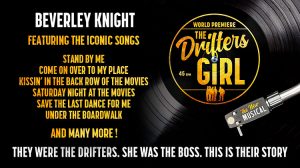 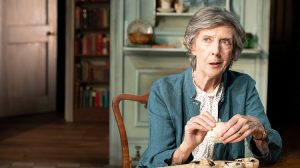 The Height of the Storm – Review Round-Up 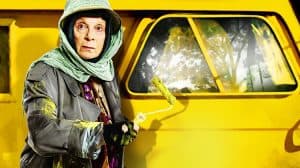 Sara Kestelman to star in The Lady In The Van 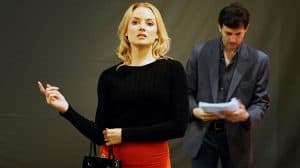 Casting announced for North by Northwest at Theatre Royal Bath