The play is inspired by the current News of the World phone hacking scandal and trial, and covers the press, police and politics in Britain today.

Directed by outgoing National chief Nicholas Hytner, the show will open at the National’s Lyttelton Theatre next week, 30 June 2014, without any previews and days after the current phone hacking trial that is taking place at the Old Bailey.

Written by One Man, Two Guvnors and Made in Dagenham author Richard Bean, the play is being described as an “anarchic satire” and stars Billie Piper as Paige Britain, a tabloid news editor. 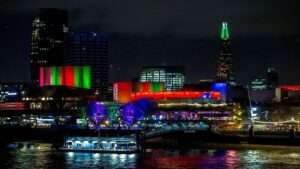