Alexandra Burke stars in hit musical The Bodyguard at the Adelphi Theatre. 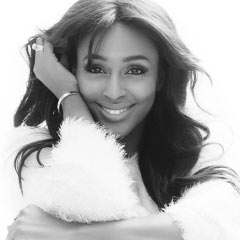 Major West End musical The Bodyguard plays at the Adelphi Theatre in London, directed by Thea Sharrock and featuring songs made famous by Whitney Houston.

Alexandra Burke will star as Rachel Marron in the show (from 2 June to 30 August 2014), in the role immortalised on film by the late Whitney Houston.

Three-time Brit nominee Alexandra Burke rose to fame after winning the fifth series of The X Factor. Her debut number one single Hallelujah sold over one million copies in the UK, a first for a British female soloist. Burke’s first album, Overcome saw the release of her subsequent number one singles Bad Boys and Start Without You.

In 2011 she embarked on her first solo tour and was invited by Beyoncé to support her I Am… Tour. Her second album, Heartbreak on Hold, was released in June 2012 and later this year sees the release of her third studio album.

Alexandra stars in The Bodyguard alongside Tristan Gemmill as Frank Farmer.