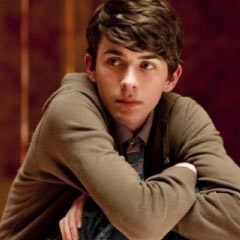 On film he played Blake Morrison in And When Did you Last See Your Father? for which he was nominated for Best Newcomer at the British Independent Film Awards and the Evening Standard Film Awards. His other film credits include An Education, in which he starred alongside Carey Mulligan and One Day both directed by Lone Scherfig, Chat Room directed by Hideo Nakata and Michael Winterbottom’s The Look of Love. Later this year he will be seen in the film adaptation of Laura Wade’s Posh, also directed by Scherfig, as well as The Imitation Game and Singularity. In 2012 he starred in the TV miniseries Labyrinth, which aired on Channel 4 and in The Movie Network’s 2013 miniseries Rouge, opposite Thandie Newton