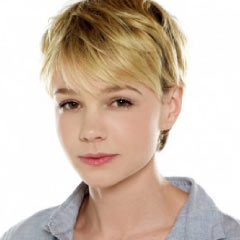 Carey was last on stage in the Atlantic Theater Company’s 2011 production of Through A Glass Darkly at the New York Theater Workshop. She made her Broadway debut in Ian Rickson’s production of Chekhov’s The Seagull at the Walter Kerr Theater.

Film credits include Nick Hornby’s An Education directed by Lone Scherfig for which she won multiple awards, including the 2010 Best Actress BAFTA, Inside Llewellyn Davis directed by the Coen Brothers, The Great Gatsby directed by Baz Lurhmann and Shame directed by Steve McQueen, and Wall Street: Money Never Sleeps, Public Enemies, The Greatest, Brothers, Never Let Me Go, Pride and Prejudice and When Did You Last See Your Father? Mulligan has recently finished filming Far From the Madding Crowd, directed by Thomas Vinterberg, due for release later this year. She begins filming Suffragette directed by Sarah Gavron and written by Abi Morgan later this month.