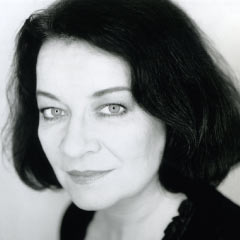 Film work includes Hellraiser and Hellraiser II, I Give It A Year, The Golden Compass and The Libertine.

On TV her work includes Mrs Barlett in Downton Abbey, Lady Claudine in Parade’s End and Joyce in The Syndicate.

Book tickets to Other Desert Cities at the Old Vic