The Society of London Theatre has made a statement regarding the collapse of the roof at the Apollo Theatre on Shaftesbury Avenue.

The London theatre industry’s official trade body, The Society of London Theatre, has responded to last night’s dramatic roof collapse at the Apollo Theatre on Shaftesbry Avenue. In a statement SOLT said:

“On behalf of London’s theatre industry, our thoughts and sympathies go out to everyone who was injured and affected by last night’s incident at the Apollo Theatre.

“We would like to praise the emergency services for their calm and rapid response and all the theatre staff on Shaftesbury Avenue for their professional and compassionate handling of the situation.

“The exact cause of the incident is still being investigated and the theatre owners, Nimax, are working closely with the relevant authorities to establish exactly what happened.

“Our theatres entertain over 32,000 people in central London every night and all theatres take the safety of their audience, performers and staff very seriously. Every theatre undergoes rigorous safety checks and inspections by independent experts, and incidents like last night are extremely rare.

“At a meeting today all the major theatre owners have confirmed that their safety inspections and certificates are up to date, and will co-operate fully with the authorities to reassure the public that their theatres are safe. All other London theatres remain open for business today and in the coming weeks.”

Part of the ceiling of the theatre collapsed last night, Thursday 19 December 2013, during a performance of the National Theatre’s hit play The Curious Incident of the Dog in the Night-Time. 76 people were injured, seven of them seriously, by the roof collapse, which also brought down part of a balcony of the theatre with debris falling into the upper circle, dress circle and stalls of the theatre.

Performances up to and including Saturday 11 January 2014 have been cancelled. Customers should contact their point of purchase to arrange exchanges or refunds. Westendtheatre.com / Encore Tickets customers who have booked tickets for The Curious Incident of the Dog in the Night-Time please see this information here.

Nick Harding, Kingsland Fire Station manager said: “We believe around 720 people were in the theatre at the time. A section of the theatre’s ceiling collapsed onto the audience who were watching the show. The ceiling took parts of the balconies down with it. In my time as a fire officer I’ve never seen an incident like this. I imagine lots of people were out enjoying the show in the run-up to Christmas. My thoughts go out to all those affected.”

The Apollo Theatre on Shaftesbury Avenue was built in 1901 and has a capacity of around 756 seats. The theatre was bought by the Nimax Theatres group, led by Nica Burns, in 2005. They also own the Duchess, Palace, Vaudeville, Lyric and Garrick Theatres.

The Theatres Trust, which oversees the preservation of theatres including West End Theatres, released a statement today, which said:

“The Theatres Trust is very concerned about the collapse of the ceiling and decorative plasterwork at the Apollo Theatre on the 19 December during The Curious Incident of the Dog in the Night-Time.

“Mhora Samuel, Director of The Theatres Trust, the National Advisory Public Body for Theatres said, the first and most important next step is to establish the cause of the accident. Thankfully occurrences of theatre ceiling and plasterwork collapse are extremely rare. The public should be reassured that theatre owners carry out regular plasterwork inspections and maintenance regimes to ensure the safety of their buildings. Inspections are carried out and certified by independent experts. We will offer every assistance to the Grade II listed Apollo Theatre’s owners, Nimax, the investigation team and Westminster City Council.”

A statement from Apollo Theatre owner Nimax Theatres on their website says:

“This is a shocking and upsetting incident. Our thoughts are with the audience and staff who were in the theatre and their families. We’re very grateful to the emergency services for their tremendous work and to our staff who helped with the evacuation. Performances of The Curious Incident of the Dog in the Night-Time have been cancelled until and including Saturday 04 January 2014. If you have tickets for these performances please contact your original point of purchase.” 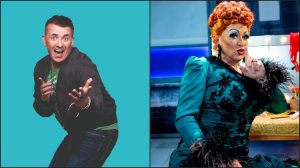 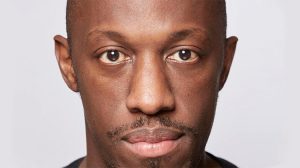 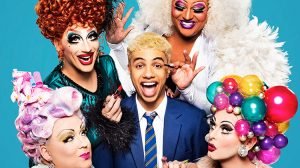 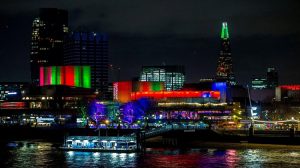 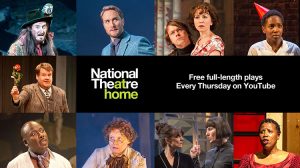