The 2009 Broadway production of Noel Coward's Blithe Spirit is to be revived in London starring Angela Lansbury.

The 2009 Broadway production of Noel Coward’s Blithe Spirit is to be revived in London starring Angela Lansbury. 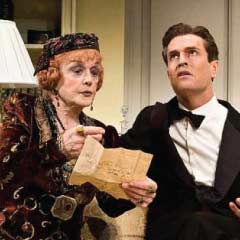 Hollywood stage and screen legend Angela Lansbury, 88, will return to the London stage for the first time in 40 years this Spring in a revival of the 2009 Broadway production of Noel Coward’s Blithe Spirit.

She will reprise the role of batty medium Madame Arcati in Coward’s hit comedy, a role she won a Tony Award for on Broadway.

She told the Daily Mail today that, “You could say it’s my last chance… After all, I am 88 — in my 89th year now. But I’ve got many more years left. I do believe that”.

The recent Broadway production starred Lansbury alongside Rupert Everett as Charles Condomine, but the West End show will see Charles Edwards play Condomine. Edwards recently appeared in ITV’s Downton Abbey as Lady Edith’s lover. Recent stage appearances include Strange Interlude with Anne-Marie Duff and This House, both at the National Theatre, and in the stage adaptation of The King’s Speech.

Charles’s wife Ruth will be played by West End actress Janie Dee. It is rumoured that the spirit of his former wife Elvira is to be played by Jemima Rooper.

The play will see legendary director Michael Blakemore return to the directing duties following his Broadway production, but with new set and costume design.

Blithe Spirit was last performed in the West End in 2011 at the Apollo Theatre starring Alison Steadman as Madam Arcati. 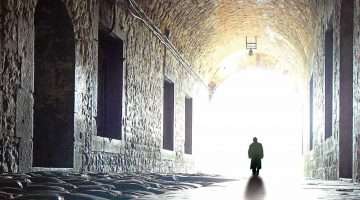 The Jack The Ripper Tour