In “A Theatre Life” we ask some of the most important and influential people within the
London theatre business to reflect on their life and work.

Rosemary Squire is by far the most powerful woman in British Theatre. Alongside her business partner and husband Howard Panter she runs The Ambassador Theatre Group, the largest theatre owner in the UK with venues that include the West End’s Apollo Victoria, Donmar Warehouse, Duke of York’s and the Savoy, and regional theatres including the Theatre Royal Brighton, Bristol Hippodrome, Edinburgh Playhouse, Liverpool Empire and Opera House Manchester.

London Theatre is an industry that continues to be dominated by men: yes, the Garrick Club, that exclusive enclave for theatre folk, still bars women members, and yes this week the National Theatre did appoint its sixth consecutive male artistic director. And that’s despite the fact that more women than men both book and attend London theatre.

So having a woman at the top of the industry is not only hugely positive but something Ms Squire can be especially proud of. And she clearly wields her power benevolently: everyone we have spoken to has nothing but praise and kind words for the woman who has forged an impressive theatre career, from working for Wyndham’s Theatres, Maybox Group and Turnstyle Group in the 1980’s, to co-founding ATG in 1992.

What was your earliest ambition?
At 17 I stood on the steps of the Nottingham Playhouse and announced to my bemused friends that I wanted to be a theatre manager. I didn’t really know what it meant, but Richard Eyre’s ground-breaking work there had really inspired me and I wanted to help create that experience.

How do you spend the first hour of your day?
I’d like to say that I spend a calm hour enjoying my garden but I’m more likely to be discussing business over breakfast with my husband Howard Panter or replying to emails. I’m aware it’s not always the most peaceful start to the day!

How physically fit are you?
Doesn’t everyone wish they were fitter?

Are you political?
I hate prejudice and inequality. I want to see more women at board and senior executive levels – and I feel a great responsibility to younger women to make career and family more compatible.

Personal wealth or reputation? Which is more important?
Reputation – everything flows from that.

What is your most treasured possession?
Molly – our Labradoodle pup

Is London the world’s greatest location for theatre?
London theatre has rich heritage and startling innovation sitting happily side by side. The subsidised and commercial sectors are inter-dependent here. It’s a world-beating combination.

In what place are you happiest?
We have a bolt-hole in Cornwall – that’s where I go for some sea air and a fresh perspective.

Who do you most admire? Actors or theatre practitioners?
Getting up on stage and keeping an audience enthralled is something I find really challenging – so I have the greatest admiration for actors. Their imagination and energy is at the heart of everything ATG does.

What ambitions do you still have? What drives you on?
ATG has just bought its first theatre in the US – Foxwoods, the biggest on Broadway. This is only the beginning of our international ambitions – we have plans to expand in the US, Europe and the Asia-Pacific region.

What is the single greatest achievement in your life so far?
ATG is without doubt my biggest achievement. Founding a theatre company that combines the management of 39 theatres across the UK, an award-winning production arm and a leading ticketing operation is something I’m very proud of. It’s a really unique company – a major employer now but it still has the feel of a family business. I love that.

If your 18 year old self could see you now, what would they say?
I’ve had a really good business idea – would you like to invest?

How would you like to bow out of your career?
To rapturous applause, rave reviews and a House Full sign outside.

Does theatre really matter?
It can change the way people see the world – or it can provide a much-needed moment of magical escape. It matters to audiences very much – I always remind myself of that if I’m having a bad day.

Which London theatre holds the strongest memories for you?
The Duke of York’s – it was our first theatre in London and our offices were backstage- tiny and cramped but ours nonetheless. It was a very exciting time for ATG – we were ready to grow and we had the wind in our sails.

Rosemary Squire OBE is Joint CEO of The Ambassador Theatre Group, the UK’s largest theatre owner and operator. Along with her business partner and husband Sir Howard Panter, Rosemary co-founded ATG in 1992 and has rapidly grown the business to 39 venues in the UK. They recently started an international expansion by buying the Foxwoods Theater in New York. Alongside owning and operating theatres, ATG also produce theatre around the world and have been responsible for recent co-productions such as the Trafalgar Transformed season at the Trafalgar Studios including Macbeth starring James McAvoy, The Hothouse starring Simon Russell Beale and John Simm and currently The Pride starring Hayley Atwell; and National tours of Dolly Parton’s 9 to 5 The Musical, Priscilla Queen of the Desert, Legally Blonde the Musical and Monty Python’s Spamalot. 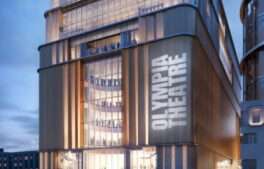 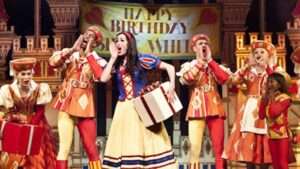 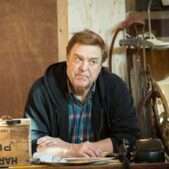