The company will travel to all 205 nations in the world to stage Hamlet in a huge range of unique and atmospheric venues, from village squares to national theatres, from palaces to beaches. They will travel by boat, sleeper train, jeep, tall ship, bus and aeroplane across the seven continents.

The Globe to Globe Hamlet will reinforce the Globe’s continuing commitment to internationalising Shakespeare following the runaway success of the 2012 ‘Globe to Globe’ festival. During the festival 110,000 people – 80% of whom were first-time visitors to the Globe – flocked to watch 37 works of Shakespeare performed in 37 different languages over just six weeks. This new tour will bring one of Shakespeare’s best-known plays to some of the most inaccessible places in the world.

Theatre director Peter Brook said: “The six simplest words in the English language are TO BE OR NOT TO BE. There is hardly a corner of the planet where these words have not been translated. Even in English, those who can’t speak the language will at once recognise the sound and exclaim ‘Shakespeare!’ Hamlet is the most all encompassing of Shakespeare’s plays. Everyone, young or old can today find an immediate identification with its characters, their pains and their interrogations. To take Hamlet in its original language around the world is a bold and dynamic project. It can bring a rich journey of discovery to new audiences everywhere.”

The Globe’s Artistic Director Dominic Dromgoole said: “In 1608, only five years after it was written, Hamlet was performed on a boat – the Red Dragon – off the coast of Yemen. Just ten years later it was being toured extensively all over Northern Europe. The spirit of touring, and of communicating stories to fresh ears, was always central to Shakespeare’s work. We couldn’t be happier to be extending that mission even further. By train, coach, plane and boat we aim to take this wonderful, iconic, multifarious play to as many fresh ears as we possibly can.”

The small-scale production, which toured the UK, Europe and the United States in 2011 and 2012, is a fresh version of Shakespeare’s classic tragedy of deferred revenge that emphasizes the play’s gallows humour and celebrates the exuberance and invention of its language. A new cast of just eight actors will perform over two dozen parts on a stripped-down booth stage in a brisk two hours and forty minutes. The New York Times applauded “a production that prizes efficiency, clarity, accessibility and above all energy”, the Mexican newspaper La Jornada called it “bright, light and nimble” and in Austria Die Presse described it as “boisterous, funny, fast-paced and highly musical”, while the Daily Telegraph praised its “young, unjaded and open-hearted” portrayal of the Danish prince.

The tour will finish on 23 April 2016, the 400th anniversary of Shakespeare’s death. This will also be the date of Dominic’s departure from the Globe, after a decade as Artistic Director. 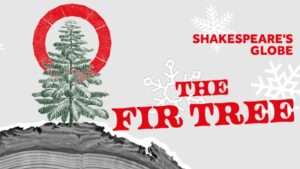 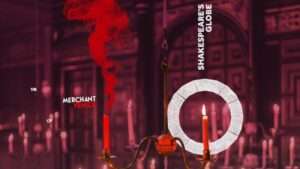 The Merchant of Venice tickets at the Sam Wanamaker Playhouse at the Globe Theatre, London 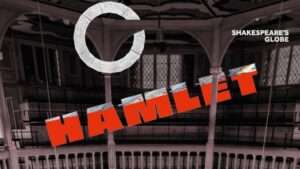 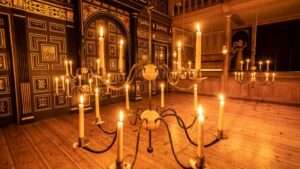 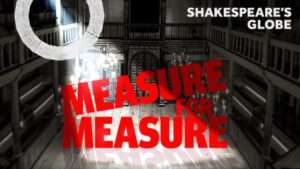