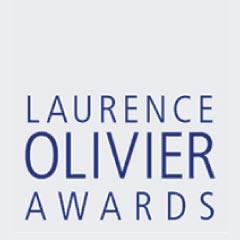 The awards, which are the London equivalent of the Tony Awards and run by the Society of London Theatre, saw a number of surprise wins, with many of the top awards going to plays and musicals that are no longer running in town.

For the first time this year, the Olivier’s were broadcast live on the Society of London Theatre’s website alongside coverage on BBC’s Radio 2. The web stream allowed an international audience to enjoy the show for the first time, with some colourful tweeting from theatregoers accompanying the live video. The awards have not been televised since 2003.

Hosted by Anthony Head, who is currently starring in Six Degrees of Separation at the Old Vic Theatre, entertainment at the ceremony featured musical numbers from shows including Priscilla Queen of the Desert, Sister Act and Melanie C from Blood Brothers.

As with other award ceremonies this year, much of the attention centred on drama. Jez Butterworth’s play Jerusalem, which started at the Royal Court Theatre and is now playing at the Apollo Theatre in the West End, won two awards including Best Actor for Mark Rylance, a popular choice with critics and audiences alike, and Best Set Design but missed out on the Best New Play. This was won by The Mountaintop, a two-hander by young American playwright Katori Hall which only played a short run in the West End last summer despite great notices from critics.

Rachel Weisz picked up a Best Actress gong for her role as Blanche DuBois in the Donmar Warehouse production of A Streetcar Named Desire, and Rupert Goold won Best Director for Enron, currently playing at the Noel Coward Theatre.

Two musicals garnered many of the musical awards on offer last night, and both have now closed in London: Spring Awakening and Hello, Dolly!.

Spring Awakening was not a commercial success at the Novello Theatre, where it ran for a short time until May 2009 after a sell-out run at the Lyric Hammersmith, but managed to pull four Olivier awards including Best New Musical, Best Actor in a Musical for Aneurin Barnard and Best Supporting Performance in a Musical for Iwan Rheon. It also won Best Sound Design for Brian Ronan.

However, all was not completely lost for musicals still playing in London, with Priscilla winning Best Costume Design and Wicked picking up the Audience Award for Most Popular Show.