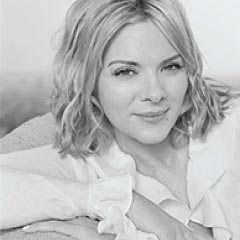 War Horse and The Curious Incident of the Dog in the Night-time director Marianne Elliott’s next project is to direct Kim Cattrall in a new production of Tennessee Williams classic Sweet Bird of Youth.

Kim Cattrall’s theatre credits include playing Cleopatra at Chichester Festival Theatre in 2012 and the Liverpool Playhouse in 2010. Also Private Lives in the West End and on Broadway, The Cryptogram at the Donmar Warehouse and Whose Life is it Anyway? at the Comedy Theatre.

Kim is best known for playing Samantha in HBO’s hugely successful TV series Sex and the City. Other TV roles include My Boy Jack alongside Daniel Radcliffe. Film credits include Meet Monica Velour, Mannequin, Big Trouble in Little China, The Ghost Writer and Sex and the City 1 and 2.