Heather Headley takes the lead role in new musical The Bodyguard at the Adelphi Theatre. 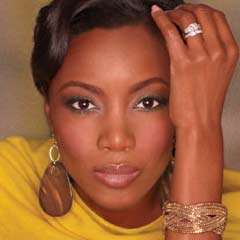 The Tony and Grammy award-winning actress Heather Headley leads the cast of major new West End musical The Bodyguard when it opens at the Adelphi Theatre in London this November, directed by Thea Sharrock. The show features songs made famous by Whitney Houston.

Heather Headley will make her West End stage debut in the show, playing Rachel Marron, the role immortalised on film by the late Whitney Houston.

Heather Headley came to fame originating the role of Nala in The Lion King on Broadway. She went on to star in another Disney show, Aida, playing the title role, for which she won a Best Actress Tony Award. She has released three acclaimed albums and recently worked with Andrea Bocelli on his US tours.

Book tickets to The Bodyguard at the Adelphi Theatre