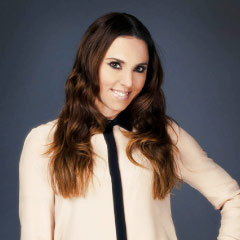 The UK auditions of Superstar have been judged by a team that included former Spice Girl Melanie C, who will also be starring as Mary Magdalene in the new Arena tour of Jesus Christ Superstar this Autumn, alongside the winner of ITV’s Superstar talent search.

Melanie Chisholm was born on 12 January 1974 in Whiston, Lancashire. Following school, Melanie studied for a diploma course in dance, singing, drama and musical theatre at the Doreen Bird College of Performing Arts. During college, she replied to an advert in The Stage by Chris and Bob Herbert, who were looking to form a new girl group, later to become the Spice Girls.

In 1994, she joined the Spice Girls (then called Touch) in 1996, Melanie, with Melanie Brown, Geri Halliwell, Emma Bunton and Victoria Adams, released “Wannabe”. After the debut album Spice, the group made their second, Spiceworld as successful as its predecessor. During the promotion of the album, Geri Halliwell left the group and the four remaining members began work on their third studio album.

Melanie’s first solo venture was featuring on the hit single ‘When You’re Gone’ with Bryan Adams. Incredibly successful across Europe, it entered the UK charts at Number 3 and gave Melanie aspirations for more solo projects. As a solo artist, Melanie has released four solo albums. Northern Star (1999) and Reason (2003) were released on the Virgin Records label. After setting up her own label, Red Girl Records, in 2004, she released Beautiful Intentions (2005) and This Time (2007) as an independent. She has achieved over 3 million album sales, 2 Number 1 singles, 6 Top 10 singles and over 200 combined weeks on the UK chart.

Melanie’s solo success however reached far beyond the shores of her home country. In 2005 a track entitled ‘First Day of My Life’ was to become one of her biggest hits to date, selling over 400,000 copies in Germany alone. It also went on to chart at Number 1 in Spain, Sweden, Austria, Switzerland and Portugal where it helped to propel the album ‘Beautiful Intentions’ to double platinum status and kept it at Number 1 for 9 weeks.

In June 2007 came the announcement of the Return of the Spice Girls tour. Any initial reluctance to a reunion was diminished by spending time with four friends she had travelled the world with. Melanie relished the opportunity to perform in venues such as the 02 in London and New York’s Madison Square Garden, leaving audiences impressed by her energy, presence and live vocals. Melanie spent most of early to mid 2008 promoting and performing around Europe and headlining a tour of Canada. Melanie gave birth to her first child, Scarlet in February 2009 and she embraced motherhood with the same dedication as her career.

As Melanie contemplated her return to writing and recording album number five, the opportunity to audition for Blood Brothers presented itself. The popular West End show had always been a favourite of Melanie’s so to play the role of Mrs Johnstone was a challenge that she was delighted to accept. Her theatrical debut was phenomenally well received by audiences and critics; earning 5 star reviews from all the major newspapers, her performance was described as ‘absolutely sensational’ and the plaudits didn’t stop there. Melanie went on to gain a nomination for Best Actress in a Musical at the prestigious Laurence Olivier Awards, and also made the Evening Standard Theatre Awards short-list for the Milton Shulman Award for Outstanding Newcomer.

In 2011, Melanie returned from her hugely successful journey in musical theatre as she heading back into the studio to record her fifth album, The Sea. Four years since ‘This Time’, the new material is more adventurous with Melanie’s confidence showing in the new boundaries she is reaching as a songwriter. Co-writers on the upcoming album include previous collaborators Adam Argyle, Peter Vettese and Richard ‘Biff’ Stannard, while it also introduces new writing relationships with Cutfather, Ina Wroldsen and Dee Adam to name a few. It was a song written by Melanie, Dave Roth and David Jost that was used by the German TV channel ZDF for their coverage of the FIFA Women’s World Cup 2011. ‘Rock Me’ captured all the excitement and emotion of the beautiful game and was released in Austria, Switzerland and Germany – where the tournament took place. 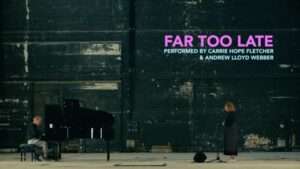 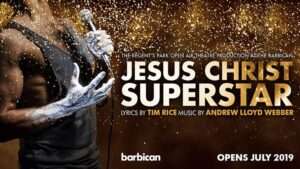