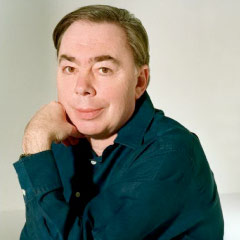 The Superstar talent search will be led by Andrew Lloyd Webber, who composed the musical Jesus Christ Superstar and will produce the brand new Arena show that will star the winner of Superstar.

An interview with Andrew Lloyd Webber

What made you decide on a new talent search?
Quite simply, ITV asked me to do one! We’ve found such amazing talent on the previous casting programmes – artists I would have never been aware of otherwise – and I find the process of discovering new stars fascinating. It’s not just finding new talent that I am passionate about, but helping people further their careers too. Look at our track record: six of our contestants from my previous shows are currently starring in shows in the West End, and Sam Barks, who came third in ‘I’d Do Anything’ is starring in a feature film alongside Hugh Jackman, Anne Hathaway and Russell Crowe!
I had been thinking about the possibility of doing a casting series to find someone to play the role of Jesus for a while, so when Peter Fincham, who I had worked with at the BBC, approached me it seemed the obvious thing to do. I also wanted to get ‘Jesus Christ Superstar’ back to its rock roots and the TV show provides the perfect platform to cast the role of Jesus for an arena
tour.

For Superstar, what kind of person are you looking for?
I am looking for a really charismatic individual, someone who has huge physical presence as well as a great rock tenor voice. Whoever wins will be playing in the UK’s largest arenas with a cast headlined by Tim Minchin, Melanie C and Chris Moyles, all extremely experienced performers.

How has the standard been for talent so far?
I am really excited at the standard of our final ten contestants. The thing I find intriguing about this particular programme is that the final ten are all so different. It’s going to be very interesting to see which way the public votes.

What has been your highlight from filming so far?
The contestants’ performances at my home in Mallorca, just the singer and a pianist – no tricks, no studio – just strong vocal performances in the open air and wonderful sunshine!

You have David Grindrod, Jason Donovan and Melanie C helping you in the early stages of the competition – how has that been?
It’s been wonderful to have David Grindrod, who has worked with me on many of my shows, by my side once again. Jason and Melanie C have been a great addition to the team. I think Jason and Melanie have really enjoyed working together and their experience as both music and theatre performers who’ve both played arenas themselves make them uniquely placed to assess the contestants and to offer help and advice.

You have a great line up for the Tour – are you confident the winner of Superstar can hold their own on stage with the confirmed cast?
I am absolutely thrilled that we have Tim Minchin, Melanie C and Chris Moyles starring in the arena tour and it’s crucial that the public pick a winner who has the charisma to play opposite this team.

Are you excited for the live shows?
Absolutely! I am really excited by the fact that the finalists are all so different. It’s going to be intriguing to see which way the public vote. Of course everything changes when you get to the live shows. This is when the pressure is really on for the contestants and some will rise up to the challenge and some will crack.

Have you worked with Dawn French before?
No, I haven’t but I am really looking forward to working with her! It was actually Ben Elton, who knows us both, who suggested her for the series.

Tell us a secret from filming so far?
It won’t be a secret if I tell you!