The full cast of Jamie Lloyd's new production of John Webster's classic Jacobean tragedy The Duchess of Malfi has been announced.

The full cast of Jamie Lloyd’s new production of John Webster’s classic Jacobean tragedy The Duchess of Malfi has been announced. 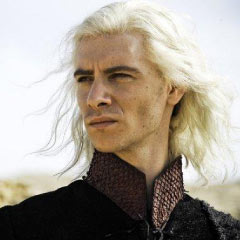 Harry Lloyd as Viserys Targaryen in HBO's Game of Thrones

Eve Best last appeared in London in 2011 at the Globe Theatre in Much Ado About Nothing. She last performed at the Old Vic in 2006 opposite Kevin Spacey in A Moon for the Misbegotten.

Webster’s poetic masterpiece tells the dark and bloody story of the recently widowed Duchess as she struggles to retain strength and dignity in the face of death.

Romeo and Juliet – RSC at the Barbican