A family Christmas becomes a family at war. Henry II, not so young as he was, invites his estranged wife Eleanor of Aquitane, and his three sons, Richard, Geoffrey and John, to spend the festive season with him, his mistress Princess Alais, and her brother, the young King Philip of France. Will Henry name who is to be his successor as King of England? Their yuletide celebration turns into a combat zone of deceit, betrayal, bitter power games and scabrous wit.

Lindsay can currently be seen as Ben Harper in the hugely successful BBC television series My Family playing opposite Zoë Wanamaker. His other television credits include The Trial of Tony Blair, Extras, Jericho, Citizen Smith, Jake’s Progress, Genghis Cohn and GBH, for which he won a BAFTA Award for Best Actor. His films include Wimbledon, Divorcing Jack and Remember Me.

Comedienne and actress Joanna Lumley is best known for playing Patsy Stone in the award-winning BBC television series, Absolutely Fabulous. Previously her television appearances included Purdy in The New Avengers as well as major roles in Sapphire and Steel, Jam and Jerusalem and Sensitive Skin. Following a run in the West End, Lumley recently made her Broadway debut in La Bête. Her other UK theatre credits include Madame Ranevsky in The Cherry Orchard for Sheffield Theatres, Gertrude Lawrence in Noel and Gertie for the King’s Head, Elvira in Blithe Spirit at the Vaudeville Theatre, as well as roles in The Letter for the Lyric Hammersmith and the title role in Hedda Gabler at Dundee Rep. Her other screen appearances include Shirley Valentine, Trail of the Pink Panther and Curse of the Pink Panther and, more recently, she starred opposite Ben Kingsley as Mrs Lovett in The Tale of Sweeney Todd, Mad Cows, Maybe Baby and she was the voice of Aunt Spiker in James and the Giant Peach. Author of several best-selling books and human rights and animal welfare activist, Lumley recently headed a successful campaign in recognition of the Gurkhas. Lumley was awarded an OBE in 1995.

The Lion in Winter premiered in New York at the Ambassador Theatre in 1966 directed by Noel Willman with a cast lead by Rosemary Harris and Christopher Walken. The Broadway revival in 1999 starred Stockard Channing and Laurence Fishburne and was directed by Michael Mayer. Anthony Harvey directed the 1968 film version starring Katharine Hepburn and Anthony Hopkins and Peter O’Toole. In 2002 a television version was directed by Andrey Konchalovskiy starring Patrick Stewart, Glenn Close, Jonathan Rhys Myers and Ralph Small.

Trevor Nunn was the longest-serving Artistic Director and Chief Executive of the Royal Shakespeare Company (1968 to 1986). During that time he directed most of the Shakespeare canon, as well as Nicholas Nickleby and Les Misérables. He returned to the RSC to direct King Lear and The Seagull. From 1997 to 2003 he was Director of the National Theatre where his 21 productions included award-winning revivals of Troilus and Cressida, The Merchant of Venice, Summerfolk and The Cherry Orchard, as well as Oklahoma!, My Fair Lady and Anything Goes. He has directed the world premieres of Tom Stoppard’s Arcadia, Every Good Boy Deserves Favour, The Coast of Utopia and Rock ‘n’ Roll, and of Cats, Starlight Express, Aspects of Love, Sunset Boulevard and The Woman in White by Andrew Lloyd Webber. His more recent theatre work includes Hamlet and Richard II at The Old Vic, Timon of Athens and Skellig for the Young Vic, The Lady From the Sea for the Almeida, Scenes from a Marriage for the Belgrade, Coventry, A Little Night Music for the Menier Chocolate Factory, in the West End and on Broadway, Cyrano de Bergerac for Chichester Festival Theatre, Inherit the Wind for The Old Vic and Birdsong at the Comedy Theatre.

Trevor Nunn’s opening production as Artistic Director of the Theatre Royal Haymarket Nunn was Flare Path. Following the current run of Rosencrantz and Guildenstern Are Dead, Nunn will direct Ralph Fiennes in The Tempest. 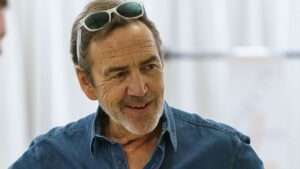 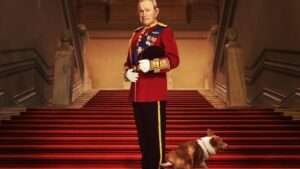