A ShiberHur production, In the Penal Colony by Franz Kafka adapted by Amir Nizar Zuabi, 11 – 23 July

Last year Amir Nizar Zuabi’s compelling and provocative I Am Yusuf And This Is My Brother sold out its entire run. Now, Zuabi and his groundbreaking Palestinian company ShiberHur return to the Young Vic with a dramatic retelling of Kafka’s terrifying fable of violence, alienation and injustice. Amongst the cast is one of Palestine’s most distinguished actors Makram Khoury (Munich, The West Wing). This UK premiere forms part of Arab arts festival Shubbak: A Window on Contemporary Arab Culture.

Far away in a remote prison camp, a man unaware of his crime is about to be strapped into an elaborate execution device. The Executioner shows no mercy but will The Visitor intervene?

ShiberHur (‘an inch of freedom’) is a pioneering theatre company based in Haifa. Formed in 2009 and led by Amir Nizar Zuabi, they aim to create theatre that crosses boundaries of culture, language, geography and politics. Their powerful new production of In the Penal Colony comes to London direct from a tour of Palestine.

Amir Nizar Zuabi is an international associate of the Young Vic. His play I Am Yusuf And This Is My Brother toured villages and towns in Palestine before playing to packed houses at the Young Vic last January. In 2002 his production Alive From Palestine met with great acclaim at the Young Vic and continues to tour internationally. His other work includes Samson and Delilah (Flanders Opera, Antwerp) and a dramatisation of the epic poem Jidarriya by Palestinian poet Mahmoud Darwish (Edinburgh International Festival, Bouffes du Nord and world tour). Before Amir started ShiberHur he directed at major theatres such as El Hakawati (the Palestinian National Theatre) and Al-Kasabah in Ramallah.

The cast are Makram Khoury, whose screen work includes Steven Spielberg’s Munich, Julian Schnabel’s Miral and TV Series The West Wing and whose many international theatre credits include the lead role in Zuabi’s production of Jidarriya. He will be joined by Amer Hlehel who returns to the Young Vic where he recently played Yusuf in I Am Yusuf And This Is My Brother and whose film credits includes the Golden Globe winning Paradise Now. Celebrated actor and writer Taher Najib completes the cast. His play In Spitting Distance won first prize at the prestigious TheaterNetto Festival in Tel Aviv and toured Europe to great acclaim; in London it was presented at the Barbican.

Arab arts festival Shubbak: A Window on Contemporary Arab Culture will take place in key cultural venues throughout the city for three weeks from 4 – 24 July 2011, organised by the Mayor of London and sponsored by HSBC. Shubbak (the arabic word for ‘window’) will feature a wide-ranging programme of visual arts, film, music, theatre, dance, literature, architecture, lectures and discussion, in over seventy events, many of them free, hosted by leading London cultural organisations. www.london.gov.uk/shubbak.

In the Penal Colony is directed and adapted by Amir Nizar Zuabi, with design by Ashraf Hana. The composer is Rimon Hadad, light is by Jackie Shemesh and the technical director is Firas Ruby. 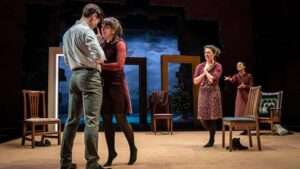 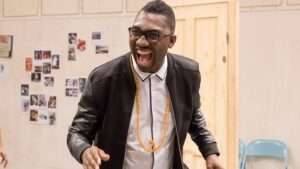 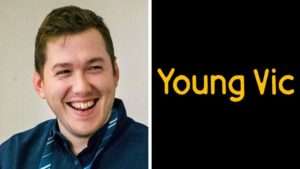 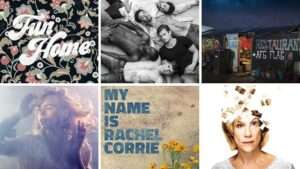