Curry will play the role of ‘The Wizard’ having previously played the part in the 10th Anniversary London cast in 2016 / 2017.

Mark Curry commented: “I’m thrilled to be returning to Oz after 5 years away and to have this opportunity to play The Wizard again in the incredible Wicked. I look forward to joining this brilliant cast and working again with the fantastic creative team and producers.”

Curry takes over the role from Gary Wilmot who play his final performance on Sunday 16 October 2022.

The landmark production recently welcomed its 11-millionth visitor to the Apollo Victoria Theatre in London and is now the 7th longest-running show in West End history based on shows that are currently playing in London.

Based on the novel by Gregory Maguire, Wicked imagines a Wizard of Oz backstory centred on two unlikely university friends on their journey to becoming Glinda The Good and the Wicked Witch of the West.

Book tickets to WICKED at the Apollo Victoria Theatre in London. 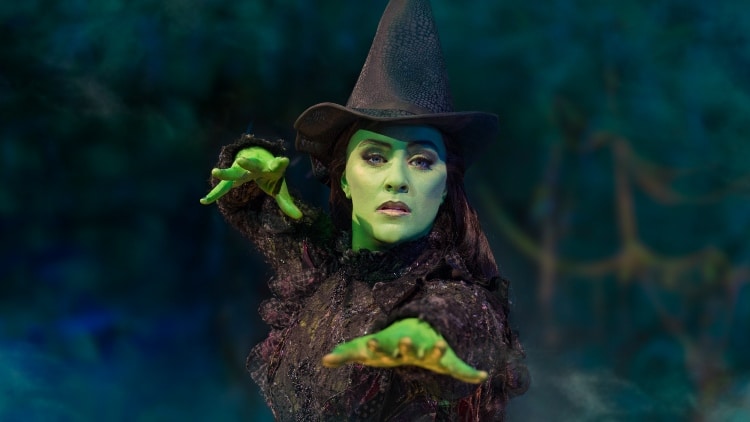 ">
Audra McDonald at the London Palladium to be filmed
">
But I’m a Cheerleader announces cast for Turbine Theatre
">
The Wonderful World of Dissocia Reviews at Theatre Royal Stratford East ★★★★
">
Musical Con 2022 adds more West End stars including Miriam-Teak Lee, Michael Duke
">
Musical Con London – What we know so far
">
Ain’t Too Proud – The Life and Times of The Temptations to open at the Prince Edward Theatre in London
">
Julia Donaldson’s Stick Man comes to the West End this Christmas 2022
">
La Clique returns to Leicester Square this Christmas 2022
">
Cirque du Soleil KURIOS — Cabinet of Curiosities to make European Debut at the Royal Albert Hall
">
CAGES Reviews at the Riverside Studios
">
Andrew Lloyd Webber’s Joseph heads to Toronto starring Jac Yarrow and Linzi Hateley
">
Death Drop: Back in the Habit to star Willam and Cheryl Hole
">
More Sunday Night Performances from BBC Arts
">
Video: Joss Stone in rehearsals for new musical The Time Traveller’s Wife
">
Simon Russell Beale to star in A Christmas Carol at the Bridge Theatre in 2022
">
Elf The Musical – Tom Chambers to join cast at Dominion Theatre
">
West End play Photograph 51  to get screen remake
">
Olivia Darnley to replace Rachel Pickup in A Single Man at the Park Theatre
">
Miss Saigon to be revived at Sheffield Theatres as part of 2023 Season, Joanna Ampil to play the Engineer
">
Broadway Updates: Funny Girl on Broadway – Lea Michele photos released