Victorious at the recent Olivier Awards, taking the vote for the nation’s most popular musical – the BBC Radio2 Audience award – Queen and Ben Elton’s We Will Rock You this weekend reaches the ninth anniversary of its West End opening.

The show opened at The Dominion on May 14, 2002, and has continued to pack houses since.

Its triumph at the Oliviers saw the show beating a shortlist including Billy Elliot, Jersey Boys and Les Miserables in the only category decided entirely by members of the public.

But celebrations marking the show’s move into its decade year are having to be delayed two weeks – while show co-creator Brian May completes his Anthems tour of the United Kingdom with singer Kerry Ellis. Ellis created a starring role in the original cast of We Will Rock You, nine years ago, and May has worked with her since then, producing and writing her debut Anthems album.

Instead, May will roll into town Monday May 31 to join fellow Queen band member Roger Taylor on stage at the Dominion for a belated ninth anniversary celebration. Already warmed up from his tour, May is promising to tune up for a special guest appearance on stage that night.

May and Taylor and co-creator Ben Elton have further reason to celebrate.

Not only is the re-release of “Keep Yourself Alive” currently sitting at number one in the physical music charts, but the recent Theatreland records listing of the top ten longest running West End shows (published by officiallondontheatre.co.uk ) places We Will Rock You at No.9. In a list which is headed by The Mousetrap (58 years), Les Miserables (25 years) and Phantom of the Opera (24 years), We Will Rock You is the only show from the year in which it opened which continues to run in the West End – and in the same theatre that it was born.

Entering its tenth year this weekend, May 14, We Will Rock You is presently booking through to October 22.

The current Dominion cast of We Will Rock You includes former Coronation Street star Kevin Kennedy in the role of Pop, X Factor finalist Brenda Edwards as the Killer Queen and Ricardo Afonso and Sarah French in the roles of the rock rebels set to change the world, Galileo and Scaramouche.

In addition to various productions on foreign soil, a further British production of the show is now in its second record-breaking year touring the UK.

More news on We Will Rock You 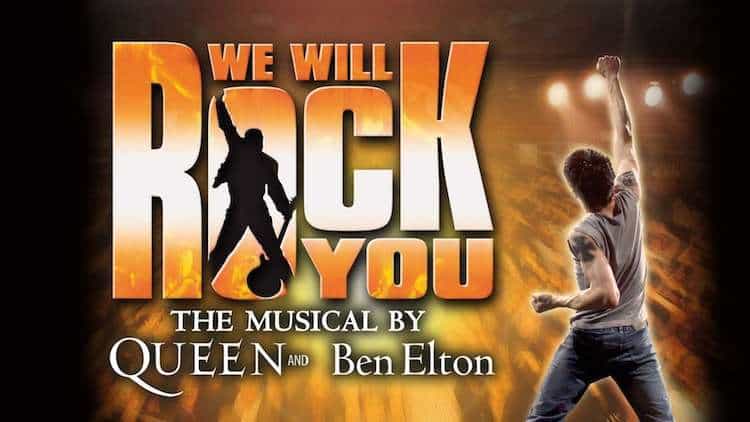 Scroll to Top
More about We Will Rock You ➞