Following the news that Sierra Boggess, currently playing Christine in Andrew Lloyd Webber’s Love Never Dies at the Adelphi Theatre, will leave the role on 5 March to head to Broadway, more rumours are circulating over the cast changes for the show.

Also, David Thaxton is rumoured to be replacing Joseph Millson as Raoul. Thaxton was a hit in Passion at the Donmar Warehouse last year alongside Elena Roger, earning an Olivier Award nod for best actor in a new musical in the recent nominations.

Summer Strallen, who plays Meg in the show, will also be leaving to take on a stage adaptation of classic movie musical Top Hat, joining Tom Chambers to recreate the on-screen roles made famous by Ginger Rogers and Fred Astaire. 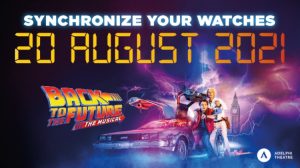