Up and coming Freddie Fox, from the Fox acting dynasty, to star in Rattigan’s Cause Celebre at the Old Vic Theatre 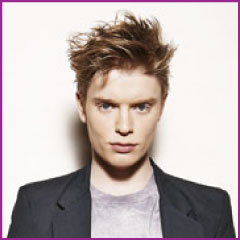 It’s hard to find a young actor better connected to the profession than Freddie Fox, 21.

Fox only graduated from the Guildhall School of Music & Drama last year, but has immediately found work – notably in two major TV dramas, playing 80s pop star Marilyn in the BBC’s Boy George biopic Worried About the Boy and the young version of writer Peter Scabius in Any Human Heart, the high-profile Channel 4 adaptation of William Boyd’s novel.

Up next he plays a bisexual assassin in BBC thriller-noir The Shadow Line alongside an impressive cast that includes Christopher Eccleston, Sir Antony Sher, Stephen Rea and Chiwetel Ejiofor. And he won’t have to travel far to get to work in Cause Celebre: Freddie can be currently seen starring as cleft-palated Camille in Feydeau’s farce A Flea In Her Ear at the Old Vic, opposite Tom Hollander.

The play opens at the Old Vic Theatre on 29 March 2011, with previews from 17 March. It is based on the  true story of Alma Rattenbury, who was put on trial in 1935 along with her 18-year-old lover, accused of killing her husband. Vilified by the public as much for her seduction of a younger man as the murder of her husband, the play examines the role of passion, guilt and loyalty in 1930s England.