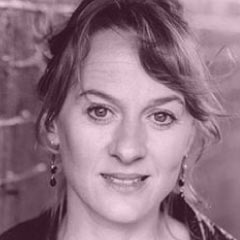 Niamh Cusack returns to the London stage this spring in Thea Sharrock’s revival of Terence Rattigan’s Cause Celebre, timed for the writer’s centenary in 2011.

Cusack, whose father was acclaimed Irish actor Cyril Cusack and her sister Sinead is also an accomplished actress, has worked extensively in theatre, film and  TV. Stage roles include Dancing at Lughnasa at The Old Vic, Portrait Of A Lady at the Theatre Royal Bath and His Dark Materials at The National Theatre. TV work includes The Last Detective and Heartbeat and film roles include The Closer You Get, Playboys and Shadow Under The Sun.

The play opens at the Old Vic Theatre on 29 March 2011, with previews from 17 March. It is based on the  true story of Alma Rattenbury, who was put on trial in 1935 along with her 18-year-old lover, accused of killing her husband. Vilified by the public as much for her seduction of a younger man as the murder of her husband, the play examines the role of passion, guilt and loyalty in 1930s England. Cusack plays socially and sexually repressed jury forewoman of the trial, Edith Davenport.

Theatre Gate Theatre Dublin: Hester Worsley in A Woman of No Importance, Irina in Three Sisters, Nora in A Doll’s House; RSC: Desdemona in Othello, Juliet in Romeo and Juliet, Jane Hogarth in The Art of Success, Rosalind in As You Like It; West Yorkshire Playhouse: Pegeen Mike in The Playboy of the Western World, Gemma in Captain Swing; Lady Mary in The Admirable Crichton (Theatre Royal Haymarket), Gustchen in The Tutor (Old Vic), Nora Clitheroe in The Plough and the Stars (Young Vic), Irina in Three Sisters (Royal Exchange Manchester), Helena in The Faerie Queen (Aix-en-Provence), The Maids (Donmar), Nabokov’s Gloves, Molière’s Learned Ladies, Portia in The Merchant of Venice (Chichester Festival Theatre), Serafina Pekkala in His Dark Materials, Ghosts (Gate London); Television Lucky Sunil, Poirot, Till We Meet Again, Jeeves and Wooster, Heartbeat, Angel Train, Shadow of the Sun, Colour Blind, Rhinoceros, Little Bird, A&E, Loving You, Too Good to be True, State of Mind; Films Paris By Night, Fools of Fortune, The Playboys, The Closer You Get; Awards Irish Life Award, Irish Post Award.