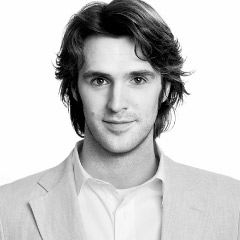 Michael Xavier  will join his fellow Into The Woods prince Simon Thomas on the West End stage this year when he stars alongside Emma Williams in Love Story at the Duchess Theatre.

Last seen as the Wolf and Cinderella’s Prince in Into The Woods at the Open Air Theatre in Regent’s Park, Michael has forged an accomplished musicals career since graduating from Manchester Metropolitan University.

He played jock Oliver Barrett in Love Story at the Chichester Festival Theatre earlier in the year and has also appeared as Curly in Oklahoma at the theatre. Other roles include Sir Galahad in Spamalot at the Palace Theatre, Raoul in Phantom of the Opera, Freddy in My Fair Lady at the Theatre Royal Drury Lane and Sky in Mamma Mia in the UK on tour.