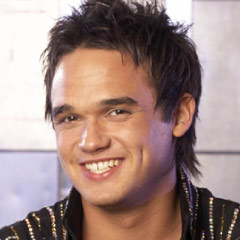 It’s been a spectacular journey for Gareth Gates, from Pop Idol runner-up to currently playing Marius in the year-long touring production of Les Misérables.

The tour will come to an end by arriving at the Barbican Theatre in September, where it all began 25 years ago, for a strictly limited season.

Gareth became head chorister at Bradford Cathedral when he was 11 years old and went on to enter the first ever Pop Idol TV talent show, making it to the final but getting pipped at the post by Will Young. He went on to have four number one singles and sell 3.5 million records in the UK alone.

He then appeared on ITV1’s Dancing on Ice, did panto in Wimbledon and took the lead role of Joseph in the West End production of Joseph and the Amazing Technicolor Dreamcoat.

In October he will join Les Mis casts past and present for the mega concerts at the O2 Arena, and we predict big musical theatre projects for Gareth in year ahead.

Book tickets to Les Miserables at the Barbican Theatre in London