Lulu returns to the West End after 30 years to play the iconic role of has-been actress Dorothy Brock in the dazzling and romantic hit production of 42nd Street at the Theatre Royal, Drury Lane.

Lulu is best known as a singer, working with many of the greatest musical talents, and for her debut role in the memorable 1967 film To Sir With Love opposite Sidney Poitier.

Singer Lulu made her West End debut in Richard Eyre’s Guys and Dolls, but her career began at the age of 16 with her breakthrough appearance on screen in the teen drama To Sir With Love. Acting alongside Sidney Poitier, she sang the title song which was an enormous Number One hit for five weeks in the USA, projecting her to stardom.

Lulu went on to work with many of the greatest music talents in the business including, Johnny Cash, David Bowie, Jimi Hendrix and The Beatles.

Highlights of Lulu’s career include the unforgettable song Shout, her collaboration with Bowie on The Man Who Sold the World. In addition, she has even sung a Bond theme song and had a Number One with Take That.

Awards include winning an Ivor Novello and Grammy nominations for the world wide hit she penned for Tina Turner, I Don’t Wanna Fight. She recently completed a 44 date sell out tour of the UK and toured Australia and the USA with her band. Her self-written album Making Life Rhyme, received five star reviews.

On stage, in addition to Guys & Dolls she played Tom Courtenay’s wife in Whatever Happened to Harold Smith, starred in Peter Pan, the Andrew Lloyd Webber musical Song & Dance. She also appeared in the cult comedy film Absolutely Fabulous, and in a lead role in the TV series Adrian Mole.

What role does Lulu play

What is 42nd Street about

Over forty years old, 42nd Street is a romantic homage to the world of musical theatre. One of the most spectacular song and dance shows, this five star production with huge set pieces includes some of the greatest songs ever written including, Lullaby of Broadway, We’re In The Money, Dames, I Only Have Eyes For You, 42nd Street, and Shuffle Off To Buffalo.

42nd Street is booking until 20 October 2018 at the Theatre Royal, Drury Lane. 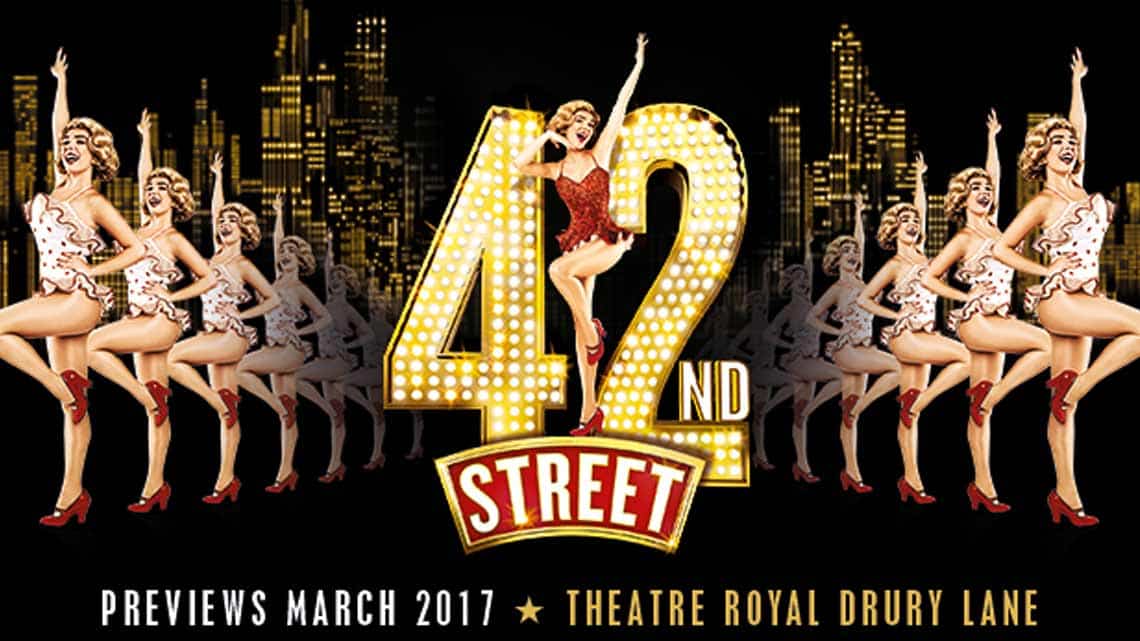