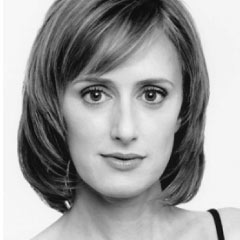 This summer Jenna Russell will play the Baker’s Wife in a new production of Stephen Sondheim’s Into The Woods at the Open Air Theatre in Regent’s Park, timed to celebrate Sondheim’s 80th birthday year.

Directed by Timothy Sheader, the show adds a dark twist to famous fairytales such as Cinderella, Jack and the Beanstalk, Little Red Riding Hood and Rapunzel.

Jenna is no stranger to working outdoors having played the Open Air Theatre on a number of occasions, namely as Hermia in A Midsummer Nights Dream and Nellie in The Card.

She has also appeared in Into the Woods before – playing Cinderella in the Donmar’s 1998 production directed by John Crowley and Jonathan Butterell.

Jenna’s talent and versatility is demonstrated by her numerous stage roles, crossing both drama and musicals, and both classic and modern work.

Her credits include Amy in Amy’s View for Sir Peter Hall; Dot/Marie in the Menier Chocolate Factory production of Sondheim’s Sunday in the Park with George, for which she won an Olivier Award for Best Actress in a Musical; Sarah in Guys and Dolls at the Donmar Warehouse directed by Michael Grandage; a number of RSC productions for directors including David Thacker, John Caird, Adrian Noble and Alan Ayckbourn; and West End roles in Les Miserables, Follies and Martin Guerre.