The Peaky Blinders star will make his West End debut in Tartuffe.

Paul Anderson will make his West End debut as Tartuffe, a duplicitous evangelist who holds the French film tycoon under his seductive spell.

Written in 1664, Molière’s classic comedy re-imagines Tartuffe or The Imposter as a radical American evangelist who uproots the life of a French film tycoon in Hollywood.

Set present day in Donald Trump’s America, the play’s trenchant mockery of human frailties remains as relevant as ever in this darkly comic adaptation of the classic satire.

Audrey Fleurot will play the French tycoon’s wily wife who endeavours to avoid the beguiling effects of Tartuffe’s charm.

Adapted by Christopher Hampton and directed by Gerald Garutti, Tartuffe will be the West End’s first ever dual-language production. 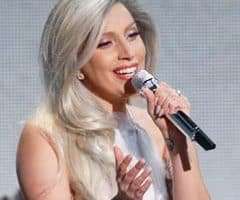