Outnumbered actress to star in Deathtrap 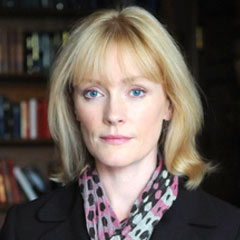 There is something very un-actressy about Claire Skinner, and we love her for that. Born in 1965 in Hemel Hempstead she clearly loves to work – and often works with very inspiring and challenging directors.

Her extensive TV, film, radio and stage credits include:

TV: Claire in Life Begins, Sue in Outnumbered, Alice in Lark rise to Candleford and Fanny in Sense and Sensibility.

From August she will star in Deathtrap at the Noel Coward Theatre alongside Simon Russell Beale, Jonathan Groff and Estelle Parsons.