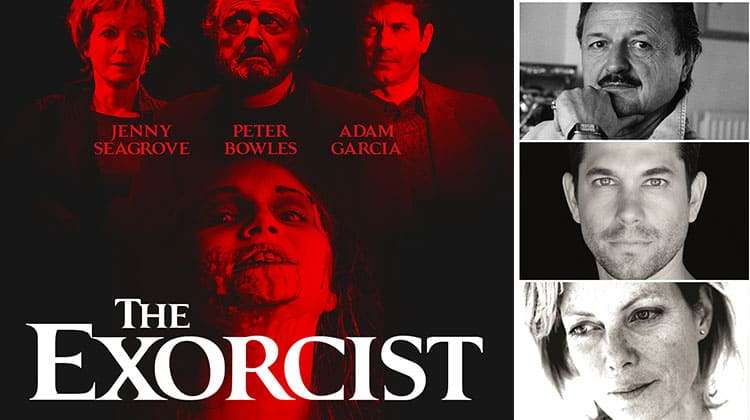 Casting has been announced for the West End production of The Exorcist.

Whilst he is best remebered for playing Richard DeVere in To The Manor Born, Peter Bowles extensive theatre credits include ^ with Judi Dench at Theatre Royal Haymarket, Archie Rice in John Osborne’s The Entertainer (Shaftesbury) and several leading roles in classic plays for Sir Peter Hall.  He is currently playing The Duke of Wellington in ITV’s Victoria.

Jenny Seagrove’s extensive theatre career includes Alan Ayckbourn’s How The Other Half Loves at the Haymarket, Brief Encounter, Volcano, Tennessee Williams’ Night Of The Iguana, David Rabe’s Hurlyburly and The Country Girl with Martin Shaw.

Adam Garcia’s West End credits include Kenneth Branagh’s The Winter’s Tale (Garrick Theatre), Chip in On The Town (London Coliseum), Tony Manero in Saturday Night Fever (London Palladium) and Fiyero in the original London cast of Wicked with Idina Menzel. He was most recently on stage in Kevin Elyot’s play Twilight Song at the Park Theatre in London. His film credits includes Coyote Ugly and Riding in Cars with Boys with Drew Barrymore, and he appears in Kenneth Branagh’s forthcoming film adaptation of Murder on the Orient Express.

Based on the best-selling novel by William Peter Blatty, The Exorcist is about about the demonic possession of a twelve-year-old girl.  When the medical professionals fail to help their daughter, her distraught mother turns to the Church for help with terrifying consequences.

Buy tickets to The Exorcist

The Oscar winning film adaptation is widely considered the scariest film of all time, and sparkedworldwide controversy when it was released in 1973. 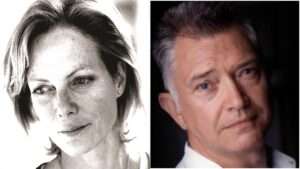 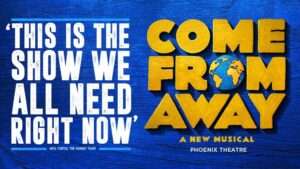 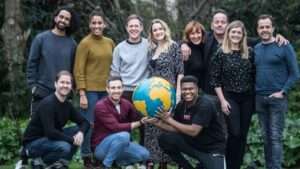