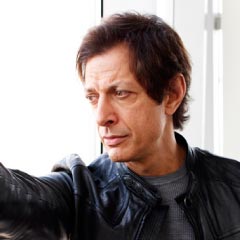 Hollywood star Jeff Goldblum is back in London, following his sell-out success in Speed-the-Plow at the Old Vic.

This time Kavin Spacey is making his first Old Vic venture in the West End, with an Old Vic-produced revival of Neil Simon’s comedy The Prisoner of Second Avenue at the Vaudeville Theatre from 30 June to 11 September.