Director of the moment Thea Sharrock, who enjoyed rave notices last week for her new production of Terrence Rattigan’s After the Dance at the National Theatre, will turn to Noel Coward later this year.

A new production of Noel Coward’s Blithe Spirit will materialise at the Theatre Royal Bath and then transfer to the Apollo Theatre from 2 March 2011 starring award-winning actress Alison Steadman (Gavin and Stacey) as Madame Arcati.

No stranger to Blithe Spirit, Sharrock directed a 2004 production of the play at the Savoy Theatre starring Penelope Keith. The Noel Coward classic has had numerous UK revivals in the last few years. The director told Baz in the Daily Mail that, “You cannot really mess with those old boys  –  the structure is so particular”. Indeed.

The only question is, will Rupert Everett reprise his recent Broadway performance as Charles Condomine for the production?

Amongst many standout performances in Thea Sharrock’s production of After the Dance is that of Jenny Galloway as Miss Potter, an actress who is s one of the most accomplished stars you’ve (probably) never heard of. She has recently been cast in Cameron Mackintosh’s enormous 25th anniversary concert version of Les Miserables at the O2 Arena on 3 October playing Madame Thénardier, a role she played in the London and New York productions.

Galloway’s career spans musicals and plays including two Olivier Award winning performances – as Rosie in Mamma Mia! (2000) and Luce in The Boys from Syracuse (1992). She also originated the role of Mrs Brill in Mackintosh’s production of Mary Poppins – in London and Broadway – and recently appeared in the Donmar in the West End’s production of Madame De Sade with Judi Dench.

The great migration of classic TV shows to stage (see Porridge, Inspector Morse, Dad’s Army etc) shows no sign of abating. Jenny Galloway’s fellow Mary Poppins cast mate David Haig, who originated the role of Mr Banks in the show, will be back in London this Autumn in a stage production of TV classic Yes, Prime Minister.

Haig plays Prime Minister Jim Hacker in the Chichester production that will run at the Gielgud Theatre from 17 September, penned by the show’s original TV writers Antony Jay and Jonathan Lynn. The comedy will also star Henry Goodman as Sir Humphrey Appleby.

A big name he may be, but Anthony Sher is not averse to playing the odd small venue: he will debut in Arthur Miller’s Broken Glass at the Tricycle Theatre from 30 September, directed by Iqbal Khan. Let’s hope it also transfers to the West End to follow the current Arthur Miller success in town – All My Sons at the Apollo Theatre starring David Suchet and Zoe Wanamaker.

Anthony Sher’s cousin, Ronald Harwood, received a knighthood this week in the Queen’s Birthday Honours List for his enormous contribution to stage and screen writing, including classic theatrical play The Dresser. Congrats also go to Catherine Zeta-Jones who has been appointed a CBE. Currently wowing them on Broadway in A Little Night Music, here’s hoping this week proves a double-success for Mrs Michael Douglas and she wins a Tony award tonight for her performance in the show.

The Novello Theatre will see out Tap Dogs in September and follow with Onassis on 30 September starring Robert Lindsay. He will resurrect his performance as Aristotle Onassis in Martin Sherman’s play Onassis following a run in Derby. Based on the last years of the controversial Greek tycoon, the play was originally produced as Aristo at Chichester to mixed reviews but with glowing praise for Lindsay’s performance. Sherman and director Nancy Meckler have subsequently rewritten the piece. 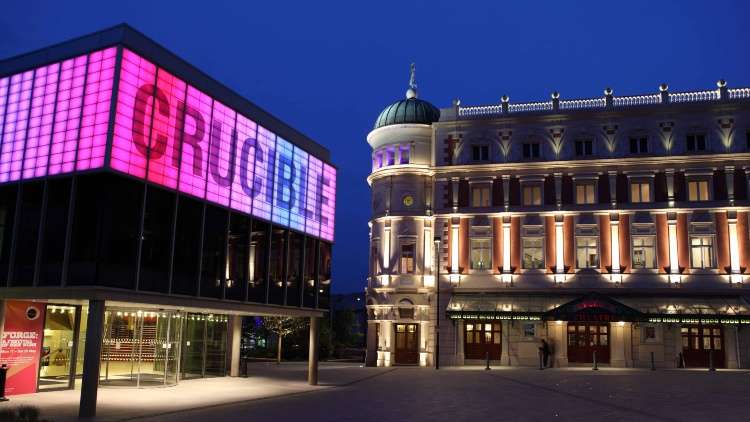