TV soaps star Richard Grieve gets back to the stage in High Society. 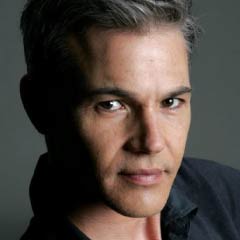 Richard Grieve is no stranger to UK television viewers having played roles in Neighbours, Home & Away and Emmerdale. But a love of the stage has also driven him to appear in numerous plays and musicals over his career, both in his native Australia and in the UK. Up next for the versatile actor is the role of George Kittredge in Maria Friedman’s new production of High Society at The Old Vic.

Richard trained at Victoria University in Melbourne and Australia’s National Institute of Dramatic Art. His stage work includes Bernadette in Priscilla, Queen of the Desert for the UK Tour having previously played Tick/Mitzi in the London production at the Palace Theatre, The Misanthrope, Design for Living, Molière’s The Will, Mame, The Boy from Oz, and How to Succeed in Business Without Really Trying in Australia; and in the UK he has appeared in the UK tour of Footloose The Musical, Daisy Miller, Dial M for Murder, Teen Scream, There’s No Place Like a Home, A Daughter’s a Daughter, An Ideal Husband, Beauty & the Beast and Bells Are Ringing.

Book tickets to High Society at the Old Vic