Flash Sale: Dirty Rotten Scoundrels at the Savoy Theatre – Save up to 48% on tickets to see this smash-hit show 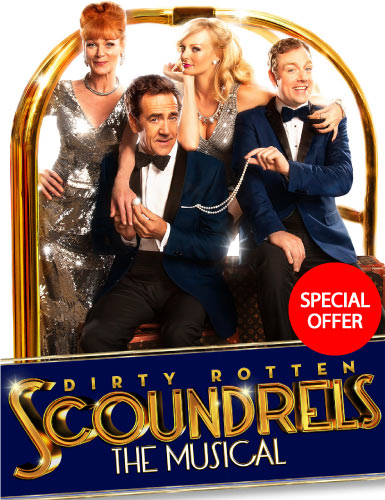 Against the glamorous backdrop of the French Riviera, this musical comedy centres on the decadent world of sophisticated conman Lawrence Jameson (Robert Lindsay), whose world is set to come crashing down with the arrival of rival conman Freddy Benson (Rufus Hound). As the two go head-to-head to out-con each other and the affections of soap heiress Christine Colgate (Katherine Kingsley).

★★★★ “A masterclass in theatrical style ” Telegraph