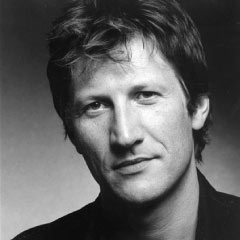 Mark Bazeley plays Dan Gallagher in a new stage adaptation of movie Fatal Attarction, in the role immortalised on film by Michael Douglas.

Mark’s theatre credits include Trevor Nunn’s production of Scenes from a Marriage at the St James’ Theatre, Our New Girl for the Bush Theatre, The Seagull for the National Theatre, Death of a Salesman at the Lyric Theatre, Macbeth at the Albery Theatre, Homebody/Kabul at the Young Vic and The Real Thing at the Donmar Warehouse.

On film Mark has appeared in The Queen, The Damned United and The Special Relationship.