English actress Natascha McElhone, best known for The Truman Show and Californication, has been cast as Alex Forrest in new play Fatal Attraction.

The role was made famous by Glenn Close in the hit movie Fatal Attraction, and now the screenwriter of Fatal Attraction, James Dearden, has turned his screenplay into a stage drama, to be directed by Trevor Nunn. The show starts previews at the Theatre Royal Haymarket on 8 March 2014.

The role of Dan Gallagher, famously played by Michael Douglas in the movie, is yet to be cast.

Fatal Attraction is the story of a bunny-boiling (literally!) woman who meets a successful, married New York lawyer in a bar, and following a brief encounter makes his life a living nightmare.

Natascha McElhone is best known for movie and TV roles that include Surviving Picasso, The Truman Show, The Devil’s Own, Ronin, Solaris, The Secret of Moonacre Manor, Mrs Dalloway, Laurel Canyon, Ladies in Lavender, The Kid, Theatre of Dreams, Love’s Labour’s Lost and The Sea. On TV she currently plays Karen in Showtime series Californication. Her stage work includes Richard III and A Midsummer Night’s Dream for the Open Air Theatre, The Count of Monte Cristo at Manchester Royal Exchange, The Cherry Orchard at the Leicester Haymarket Theatre and Honour at Wyndhams’ Theatre.

Natascha is currently completing the seventh and final series of Showtime series Californication in Los Angeles alongside David Duchovny.

The play will be produced by Robert Fox, TRH Productions and Patrick Ryecart.

James Dearden has adapted to play to be more sympathetic to the Alex character; Glenn Close recently said at a mental illness conference at the White House that she would play the character of Alex differently now and fears her portrayal of Alex Forrest contributed to media stigmas surrounding mental illness.

One of the film’s most scary scenes is when Alex boils Dan’s family’s pet rabbit on the stove. A tongue-in-cheek Robert Fox told Baz in the Daily Mail that: “There will be a very well prepared bunny on stage every night, with its own, very selective dressing room.” 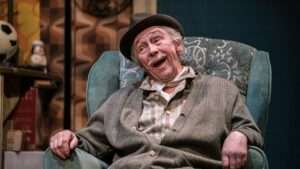 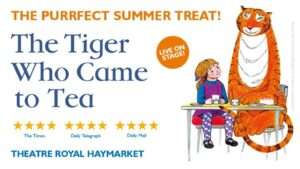 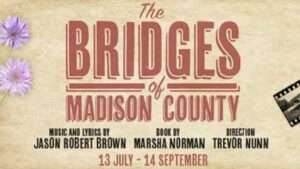