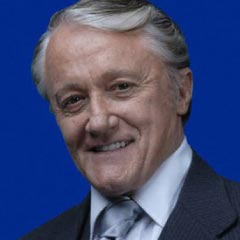 Robert Vaughn is the Hollywood movie and TV star who has played roles in some of the great film and TV classics.

His film roles include The City Jungle, The Magnificent Seven, The Towering Inferno, Bullitt, The Bridge at Remagen, Superman III and Demon Seed.

On TV Robert is still best remembered for his role in US series The Man from U.N.C.L.E,  along with The Protectors and The A-Team. More recently he has become known to a whole new generation of TV viewers through BBC series Hustle and his stint on Coronation Street in 2012.

His stage credits Judas Iscariot in The Pilgrimage Play and The Real Inspector Hound.

Robert Vaughn stars in Twelve Angry Men at the Garrick Theatre in London.