Young actress Cynthia Erivo wins the part of a lifetime as she is cast as the star of I Can’t Sing! The X Factor Musical at the London Palladium. 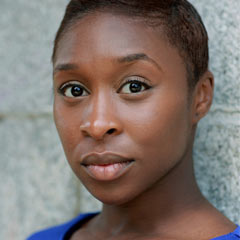 Cynthia trained at RADA and has won a number of high profile roles including starring as Celie in the recent production of A Color Purple at the Menier Chocolate Factory.

In I Can’t Sing! The X Factor Musical he will be joined by Nigel Harman and Alan Morrissey.