Zoonation’s Some Like It Hip Hop has become a modern dance classic, as this spectacular dance musical brings together extraordinary choreography, “fabulous dancing” (Observer) and a witty, clever storyline of “heart and magnificent energy” (The Independent).

With a nod to Billy Wilder’s classic movie Some Like It Hot and Shakespeare’s Twelfth Night, Some Like It Hip Hop tells the funny tale of love, mistaken identity, cross-dressing and revolution, all played out in ZooNation’s trademark style of hip hop, comedy and physical theatre.

Directed by visionary Sadler’s Wells Associate Artist Kate Prince, Some Like It Hip Hop also features a show-stopping, original soundtrack, terrific live singing and some of the UK’s more outstanding dance talent – and is perfect feel-good entertainment for all the family!

“Zany and zippy, hilarious and heartwarming. A WINNER” The Times 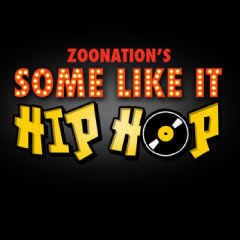