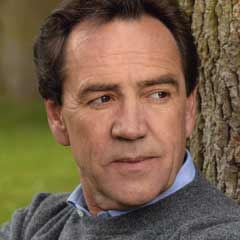 Acclaimed actor Robert Lindsay returns to the Theatre Royal Haymarket where he was last seen playing the title role of Cyrano de Bergerac, to play Henry II in the play.

Lindsay’s previous credits include Archie Rice in The Entertainer at the Old Vic, the title role in Richard III at the Savoy Theatre, Fagin in Oliver! at the Palladium for which he won the Olivier Award for Best Actor in a Musical, and Bill Snibson in Me and My Girl for which he won major theatre awards in both London and New York.

Robert recently played the title role in Onassis at the Novello Theatre.

On TV he played Ben Harper opposite Zoë Wanamaker in the hugely successful BBC television series My Family. His other television credits include The Trial of Tony Blair, Citizen Smith and GBH, for which he won a BAFTA Award for Best Actor. His films include Wimbledon, Divorcing Jack and Remember Me.

Joining Robert Lindsay in The Lion in Winter is Joanna Lumley as Eleanor of Aquitane, Tom Bateman as Richard, Sonya Cassidy as Alais, Joseph Drake as John, Rory Fleck-Byrne as Philip and James Norton as Geoffrey.