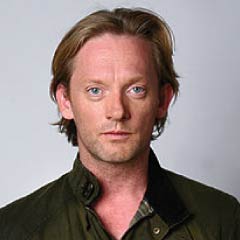 Douglas Henshall was last on stage playing Satan in The Last Days of Judas Iscariot at the Almeida Theatre.

His other theatre credits include The Cryptogram for the Donmar Warehouse, Death of a Salesman at the Lyric Theatre, The Crucible for Sheffield Theatres, The Coast of Utopia for the National Theatre and American Buffalo for the Young Vic.

On TV Douglas is best known for playing Nick Cutter in the long running ITV series Primeval. His other television credits include Joe Astell in South Riding, Jim in The Silence and Conan Doyle in The Strange Case of Sherlock Holmes and Arthur Conan Doyle, all for the BBC, Alex Gansa in Lewis and D.I. John Tolin in Collision, both for ITV and Daniel Nash in Psychos for Channel 4. His many film credits include Dorian Gray, French Film, Flying Lessons, Dead Long Enough, Ripley Underground, It’s all About Love, The Lawless Heart, This Year’s Love, If Only, Fast Food, The Big Man and Angels and Insects in which he starred alongside Kristin Scott Thomas.