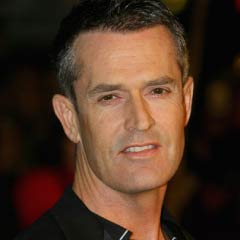 The Chichester Festival Theatre’s 2010 revival of Pygmalion, directed by Philip Prowse, will transfer to the Garrick Theatre this Spring (12 May to 3 September 2011).

Rupert’s TV work includes The Far Pavilions, Sherlock Holmes and the Case of the Silk Stocking, and films range from his first break-out hit, Another Country alongside Colin Firth in 1984, to Dance with a Stranger, Arthur the King, Duet for One The Comfort of Strangers, Pret-à-Porter 1994, The Madness of King George, My Best Friend’s Wedding, Shakespeare in Love, An Ideal Husband, The Importance of Being Earnest, the Shrek movies and Stardust. He is currently working on Hysteria alongside Maggie Gyllenhaal and Jonathan Pryce.

Book tickets to Pygmalion at the Garrick Theatre in London