Sarah Manners Saves The Watcher And Takes Over From Donna Air

SARAH MANNERS (PC Kirsty Knight in The Bill, Casualty, Strictly Come Dancing, Mile High) has stepped in to save the production of The Watcher. She will replace Donna Air, who has had to withdraw from the play following an unfortunate accident in which she broke her leg. Note the dates of the play have also been changed.

SARAH MANNERS takes over the role on stage in BAFTA and EMMY award winning writer Jeremy Paul’s psychological drama – The Watcher. She will co-star in this two-handed play with Jon Shaw which is directed by Roger Martin. The production will now run at Waterloo East Theatre from 21st March to 23rd April (not 4th – 9th April). Press night: Wednesday 23rd March at 7.30pm.

The Watcher is a psychological drama about power, status and gender politics. A woman, alone in a park, is sunbathing. A stranger approaches. There is a sense of danger as they observe each other. Through a series of twists and turns an uneasy power struggle intensifies until truths are revealed. But who is watching whom? And why? This intense drama runs the gamut of power struggles and duplicity, touching on the abuse of power by those in authority. The two characters navigate the fine line between fact and fiction, revealing some telling truths about their situation, their prejudices and an unexpected conclusion.

SARAH MANNERS trainied at The Central School of Speech and Drama. Most recently Sarah appeared as series regular PC Kirsty Knight in ITV’s The Bill. She was also in Casualty, was a Strictly Come Dancing contestant and was in the cult series on Sky One of Mile High. Other television credits include Doctors, Casualty, EastEnders, Blood On Her Hands – The Tracey Andrews Story, Afternoon Play – Girls Weekend, The Gill Mayo Mysteries. Her theatrical credits include The Decorator (National Tour) To Cancer and Beyond (Solihull Theatre), Communicating Doors (Chester Gateway Theatre).

Jon Shaw trained at the Webber Douglas Academy of Performing Arts. Recent credits include Taffy in Trilby (Finborough Theatre), Major Jackson in The Translators (Soho Theatre). For the Royal Opera House Jon has recently appeared in Tosca, Don Carlo, La Fille Du Regiment and Simon Boccanegra. TV and Radio credits include The Royal (Yorkshire Television) and Doctors (BBC).
Roger Martin (director) is the Artistic Director of Fresh Look Theatre. Roger originally trained (and still works) as an actor and has been directing for over 20 years. His directing credits include Clive Barker’s The Secret Life of Cartoons, Three Men on The Bummel, Shakespeare – The Good Beer Guide (Edinburgh Fringe Festival), Duet for One (Lyric, Hammersmith); Songs from the Head for which he also wrote the music and lyrics (Redgrave Theatre, Farnham); Raspberry and Scrooge (London Fringe). He was Assistant Director to Ronald Eyre on A Patriot for Me (Theatre Royal, Haymarket and Ahmanson Theatre, Los Angeles).

Jeremy Paul made his mark in television with series including Upstairs Downstairs, The Duchess of Duke Street, Lovejoy, Hetty Wainthropp Investigates, Midsomer Murders. He won the Edgar Allan Poe award for The Musgrave Ritual. His theatre work includes Manoeuves co-written with Carey Harrison (Belgrade, Coventry) The Secret of Sherlock Holmes with Jeremy Brett and Edward Hardwicke (Wyndhams). He is a founder member of the Orange Tree Theatre, Richmond, where he co-wrote and directed the first production of The Little Match Girl. Radio includes Heape at Cambridge with Alfred Molina and Sasha Paul, Opening Up with Daniel Massey and Oliver Ford Davies. Film includes the Classical Horror movie Countess Dracula. He is a director of the newly revived Ealing films. 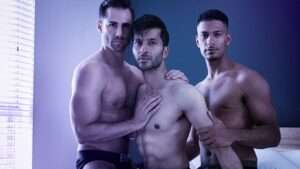 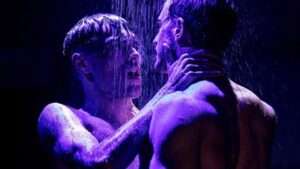 Press Release: Theatreland on the offensive with major hotel and ticket promotion