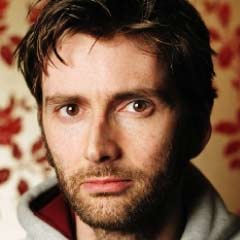 In 2008 David Tennant was poised to sweep the West End off its feet. His performance as Hamlet at the RSC in Stratford had been hailed the performance of a generation and the stage was set for him to take London – at the Novello Theatre – by storm.

But it was not to be. Tennant was forced to sit out most of the run when he seriously injured his back, leaving his fans bereft and unfinished business in the West End.

And now Tennant is set to return to the London stage this summer in Shakespeare’s glorious comedy Much Ado About Nothing, playing Benedick alongside his former Doctor Who co-star Catherine Tate as Beatrice.

David Tennant has enjoyed a long and varied stage,  TV and film career including roles at most of the UK’s major subsidised theatres, including the Royal Court and the RSC. His stage credits include What the Butler Saw, The Real Inspector Hound, Hurlyburly, Vassa, Look Back in Anger and The Pillowman.

Much Ado About Nothing will be directed at the Wyndham’s theatre by respected artistic director of the Bush theatre, Josie Rourke, and starts previews from 16 May 2011.

Book tickets to Much Ado About Nothing starring David Tennant and Catherine Tate at the Wyndham’s Theatre in London.