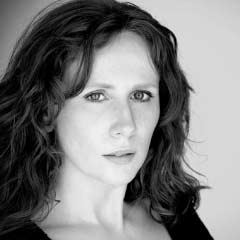 Catherine Tate has dominated British television for nearly a decade, starring in her own multi-award winning sketch show The Catherine Tate Show, and as Donna Noble in Doctor Who.

And now Tate is set to dominate the London stage as she reunites with her Doctor Who co-star, David Tennant, in a brand new production of Shakespeare’s classic comedy Much Ado About Nothing at the Wyndham’s  Theatre in London.

Tate is currently appearing in Alan Ayckbourn’s classic comedy Season’s Greetings at the National Theatre in London, alongside Mark Gatiss and David Troughton. Her other stage credits include David Eldridge’s Under the Blue Sky and Neil LaBute’s Some Girls in the West End, and A Servant to Two Masters, The Way of the World and The Exonerated.

Much Ado About Nothing will be directed at the Wyndham’s theatre by respected artistic director of the Bush theatre, Josie Rourke, and starts previews from 16 May 2011.

Book tickets to Much Ado About Nothing starring David Tennant and Catherine Tate at the Wyndham’s Theatre in London.